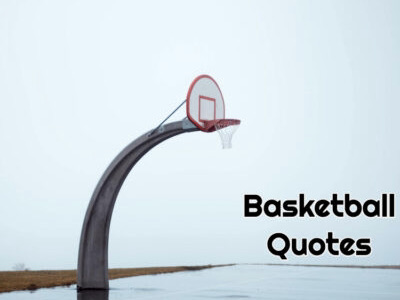 Instead of wanting to win, we expected to win. There’s a lifetime between wanting something and expecting something. When you expect something, it means you’ve prepared, done the work, and EXPECT TO WIN!! – Red McCombs, Minnesota Vikings Owner

Winning isn’t everything, but wanting to win is. – Vince Lombardi

I can take anyone down at anytime; they can’t take me down; no one can ride or turn me; I can control anyone. – Dan Gable

Winning is a habit, but unfortunately so is losing. – Vince Lombardi

Yes, it’s true: We can’t control the wind or the rain or the other vagaries of weather. But we can tack our sails such that we can steer the course we desire. – Unknown

It’s not your blue blood, your pedigree or your college degree. It’s what you do with your life that counts. – Millard Fuller

Adversity weakens the weak and strengthens the strong. – Unknown

Obstacles don’t have to stop you. If you run into a wall, don’t turn around and give up. Figure out how to climb it, go through it, or work around it. – Michael Jordan

The true measure of a man is not how he behaves in moments of comfort and convenience but how he stands at times of controversy and challenges. – Martin Luther King Jr.

What you tolerate you encourage. – Unknown

As teachers and coaches, we must remember that when mere winning is our only goal, we are doomed to disappointment and failure. But when our goal is to try to win, when our focus is on preparation and sacrifice and effort instead of on numbers on a scoreboard then we will never lose. – Mike Krzyzewski, Duke University basketball coach

Yelling doesn’t win ball games. It doesn’t put any points on the scoreboard. And I don’t think words win ball games all the time. Players do. Preparation does. – Jerry Tarkanian

Don’t overwork your squad. If you’re going to make a mistake, under-work them. – Paul “Bear” Bryant

Winning is the science of being totally prepared.- George Allen

Nothing is particularly hard if you divide it into small jobs. – Henry Ford

Concentrate on each task, whether trivial or crucial, as if it’s the only thing that matters. – Mark H. McCormack

Nobody who ever gave their best effort regretted it. – George Halas

The biggest thing that I felt basketball could do for me was help me get a good education. – Julius Erving

If you don’t know where you are going, you will probably end up somewhere else. – David Campbell

All our dreams can come true – if we have the courage to pursue them. – Walt Disney

Most men stop when they begin to tire. Good men go until they think they are going to collapse. But the very best know the mind tires before the body, and push themselves further and further, beyond all limits. Only when their limits are shattered can the attainable be reached. – Mark Mysnyk

Before I’d get in the ring, I’d have already won or lost it on the road. The real part is won or lost somewhere far away from witnesses – behind the lines, in the gym and out there on the road, long before I dance under those lights. – Muhammad Ali

Leadership, like coaching, is fighting for the hearts and souls of men and getting them to believe in you. – Eddie Robinson

The higher you want to climb, the more you need leadership. The greater the impact you want to make, the greater your influence needs to be. Whatever you will accomplish is restricted by your ability to lead others. – John C. Maxwell

If it fails, admit it frankly and try another. But above all, try something. – Franklin D. Roosevelt

When things go wrong, don’t go wrong with them. – Unknown

I have always grown from my problems and challenges. It’s from the things that didn’t work out, that taught me the most. – Carol Burnett

Opportunities are usually disguised as hard work, so most people don’t recognize them. – Ann Landers

He who endures conquers. – Italian Proverb

We will either find a way, or make one! – Hannibal

Failure is the path of least persistence. – Michael Larsen

When I played with Michael Jordan on the Olympic team, there was a huge gap between his ability and the ability of the other great players on that team. But what impressed me was that he was always the first one on the floor and the last one to leave. – Steve Alford

There’s a lot of blood, sweat, and guts between dreams and success. – Paul “Bear” Bryant

I’ve found that when you go the extra mile, it’s never crowded. – Unknown

The greatest possession you have is the 24 hours directly in front of you. – Unknown

To be successful you must accept all challenges that come your way. You can’t just accept the ones you like. – Mike Galka

Success seems to be connected to action. Successful people keep moving. They make mistakes, but they don’t quit. – Conrad Hilton

Great teamwork is the only way to reach our ultimate moments, and create breakthroughs that define our careers and fulfill our lives. – Pat Riley

The will to win, desire to succeed, urge to reach your full potential – these are the keys that will unlock the door to personal excellence. – Eddie Robinson