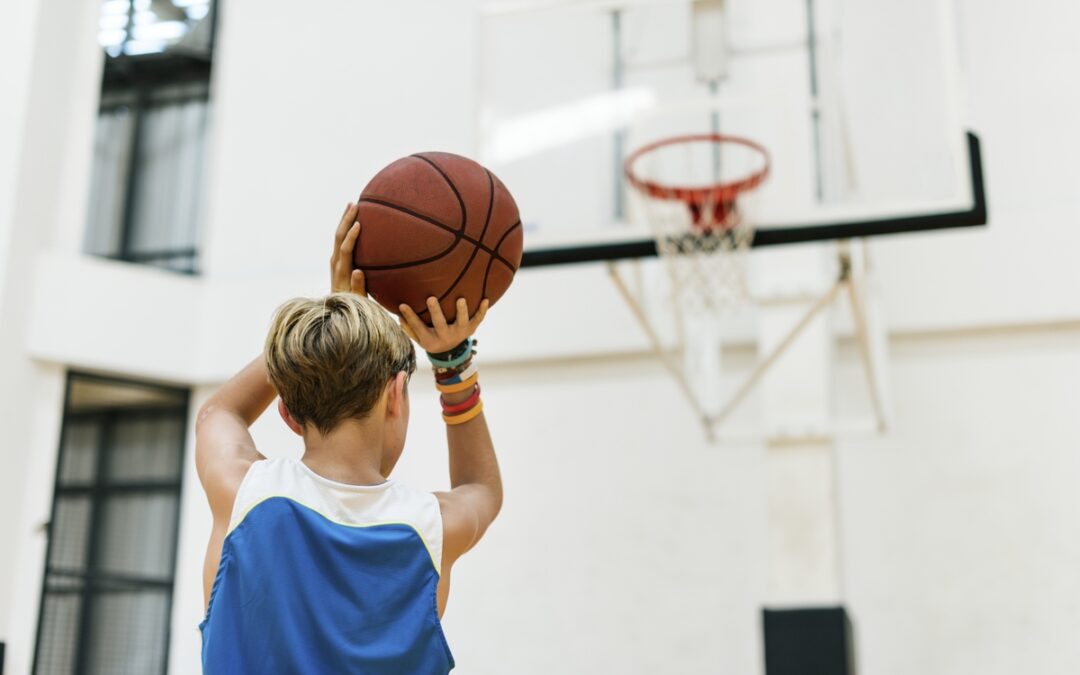 Incorporating the right basketball drills for kids makes all the difference for coaches at the youth level. Coaches need to gauge the skill and talent they’re working with, instituting a practice plan to maximize the growth of these young players. Developing specific basketball skills early sets both the player and the team up for success, so picking the best basic shooting drills for kids can be a good place to start.

Finding the right balance for your practice is key. You want your players to practice hard, hone their skills, and become better basketball players. But you also want them to have fun. Coaching at the youth level takes plenty of patience and positivity. You’ll need to incorporate a fast pace and keep your players occupied and engaged, especially during potentially monotonous skill development drills. Developing focus and fun at practice remains an integral effort for coaches at the youth level of the game.

While there’s no magic formula for practice planning or picking drills, leaning on your experience as a head coach often shows the right path for your players. Here’s a look a some of the best basic passing drills for kids.

It’s important for young players to learn the proper shooting form early so as to not develop bad habits that can be hard to break. Although the kids will want to start shooting immediately, coaches must make them understand chucking the ball does more harm than good. And becoming a great shooter isn’t an easy thing to do!

Balance often refers to a shooter’s stance. While there’s no specific stance to teach, generally the feet should be about shoulder-width apart, turned slightly, with the lead foot forward a bit and knees bent. For Eyes, shooters should look in the direction of the rim. While there’s no one spot that must be taught, players can focus on the rim.

The shooter’s elbow remains the key to a shot’s accuracy. Players should try to set the shooting eye, the shooting hand and elbow, and the rim all on the same line. The shooting motion involves the hand and elbow getting under the ball, making an up and out motion. Make sure the elbow doesn’t flare out. Once set, the wrist should hinge at an angle with the forearm.

Follow Through is the release. The shooter should snap their wrist as the ball is released at the same time the elbow is fully extended. The ball should roll off the index and middle fingers to produce a backspin. Shooters should keep their arm extended and not let the off-hand push the ball at an angle on release.

Remember, this shooting method is designed to simplify the approach for inexperience players and kids just coming to the game. It’s not something to teach to more experienced players since it doesn’t address the nuances of great shooting.

Teaching the proper shooting fundamentals remains integral for coaches at the youth level of basketball. Here are some of the best basic shooting drills for kids to help in that process.

To practice the basic shooting form, kids can participate in this drill with a partner or a group of three. Form shooting allows the players to practice not only the right way to shoot, but also develop concentration. This drill remains ideal for coaches in a station setting.

Shooters begin at a given spot on the floor, depending on their strength, ability, and perhaps position. The shooter should assume the proper stance (hands up, knees bent, feet set) and await a pass. The player catches the pass and comes up shooting. Each player should take 10 shots before progressing to another spot. After another 10 attempts, the player moves to a third spot.

This drill works as a good warm-up before practice, or as part of a larger station rotation for coaches. Stress to each player the need to use the proper form, practicing each element to develop that muscle memory.

Another one of the valuable basic drills for kids is step-back shooting. This exercise helps players develop and improve their shooting touch with each repetition.

Shooters begin directly in front of the rim for this drill. Players should start low with the ball and arc the shot up over the rim, finishing high with the release. Shooters need to hold their form until the ball passes through the net, taking five shots in total. After the last make, the shooter should step back one and make another five shots. The shooter continues until they reach the foul line.

This drill provides direct reinforcement of the basic shooting form kids should learn. Coaches should stress hand and finger placement, as well as the motion of the elbow, as part of their instruction.

A fun competitive game to incorporate into your practices is knockout. This enjoyable shooting drill provides kids the opportunity to learn proper form while under pressure and with a heightened sense of urgency.

Each time a player takes and misses a shot, the next player in line shoots to try to knock them out. Hence the name of the game. The drill continues until only one player remains, the winner.

There are several points of emphasis for this drill. Each player should maintain proper mechanics and form when shooting. Keep your head up and be aware of other players. Coaches can also stress form with layup attempts and return passes.