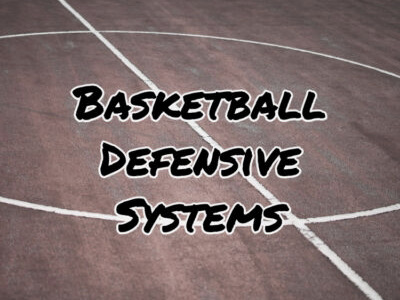 Developing basketball defensive systems stands as one of the most important aspects for any coach out there. While designing offensive plays might be more fun, crafting the right defensive system might make more a difference between winning and losing. A good defense feeds directly into offense and it makes scoring that much easier. 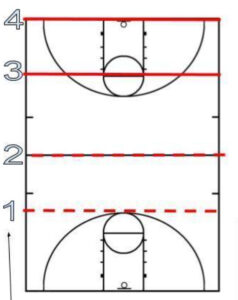 One key consideration for any coach, when creating their basketball defensive systems, should be the capability of the team. Depending upon the skill level of the players, a coach needs to adapt their system to fit what the team can actually do. The system itself becomes the terminology the coach decides upon, and what each call represents for the players on the floor.

Dividing the court in this way allows for the defensive system to have clear calls from the sideline. This concept is also very simple for players to understand.

From there, a coach needs to decide what defensive approaches are best suited for the team.

What makes a defense complex isn’t the core concept itself, but the constant variations. If a team were to run the same base defense through each possession, it’s only a matter of time before the opposing offense feels comfortable and adjusts. This is increasingly true as the competition improves.

So when a coach decides upon their defensive approaches, most will settle on a base defense, but also install variations and special attacks. For example, a team’s base defense might be man-to-man, but a coach will also install a half court zone, as well as some sort of press. Some coaches layer multiple defensive approaches as a season progresses. 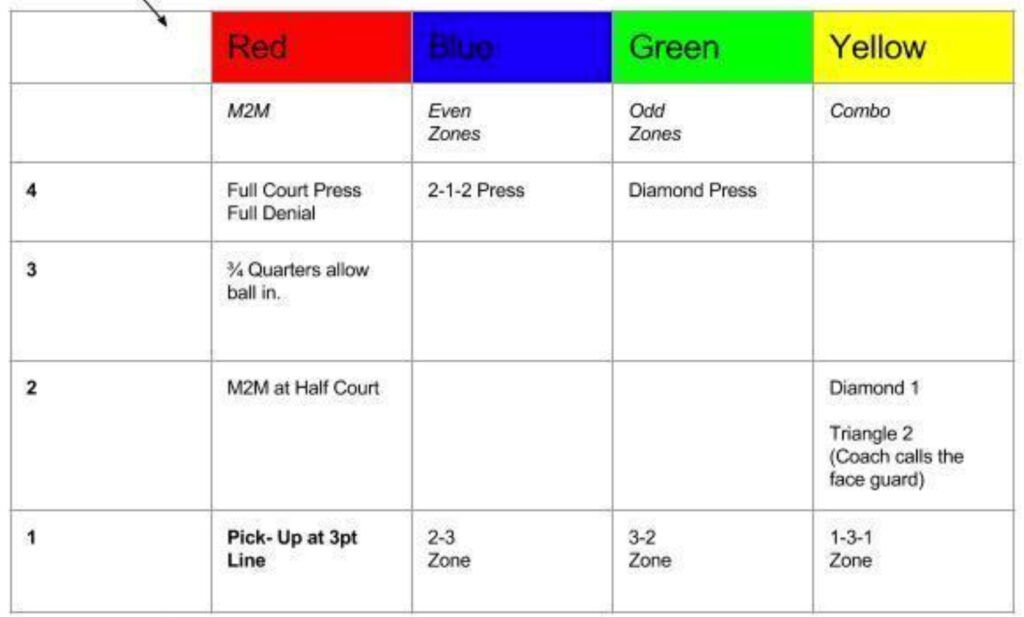 Once the base defenses are installed, players run through the different progressions to understand the key principals. A coach will have a man-to-man defense, then perhaps zones with even fronts and odd fronts. Players practice with each approach and learn the specific terminology. From there, it’s a matter of bringing the system together.

The calls from the sideline would combine the defensive approach and the pickup point. So one call might be: “Red 4” which would signal to the players a full court, man-to-man press. Another call might be “Blue 2”, which would be a half court, 2-3 zone.

Coaches can play with the terminology and defensive approaches, but the optionality is what makes these basketball defensive systems complex. Constant changes frustrate opposing offenses and create opportunities for the defenses.