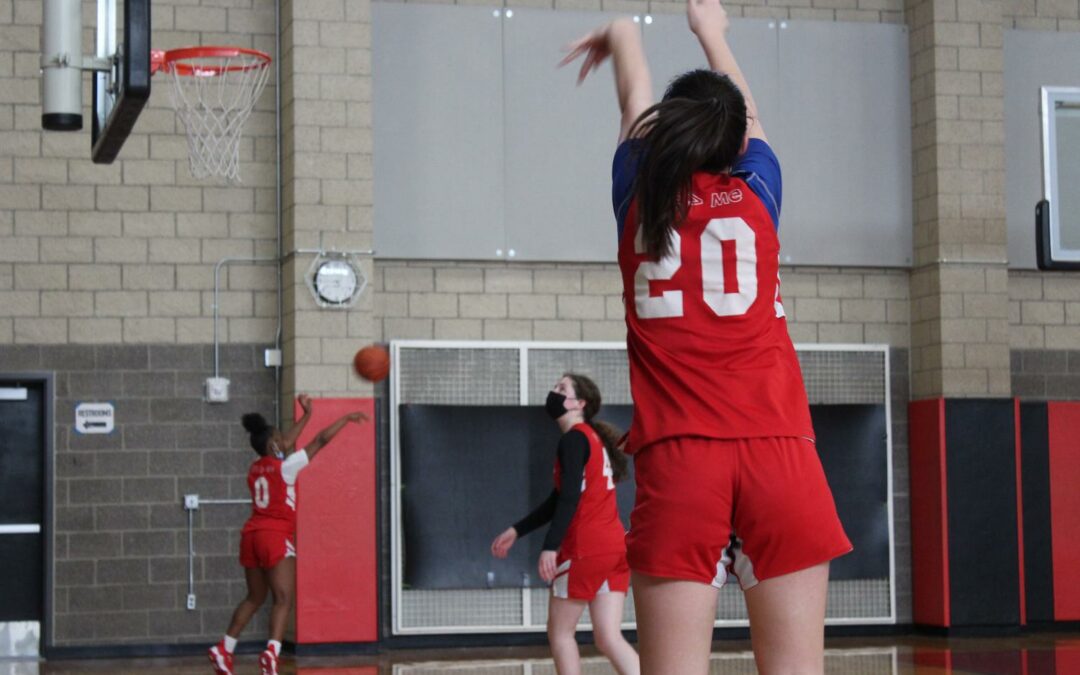 Incorporating the right basketball drills for a team makes all the difference for coaches at the youth level. Coaches need to gauge the skill and talent they’re working with, instituting a practice plan to maximize the growth of these young players. Developing specific basketball skills early sets both the player and the team up for success, so picking the best basic shooting drills for kids can be a good place to start.

One of the most important parts of any coach’s practice plan is the incorporation of basketball shooting drills. These drills are valuable no matter the level of the team or the talent of the individual player. Shooting remains a key aspect of the game, and only through repetition and focus can a player improve.

For coaches, finding the right drills for your team can be frustrating. Depending on the team’s level and the talents of the gathered players, coaches sift through dozens of drills, searching for the right series. It’s important for a coach to understand their team’s ability and continuously push them to improve.

When developing shooting drills, a good coach must consider what types of shots they want to focus on. Drills should reinforce the skills that will help the players perform within the context of a game. So shooting drills should be designed around shots that would normally result from a team’s offensive actions. The best basketball shooting drills are representative of a team’s base offense. 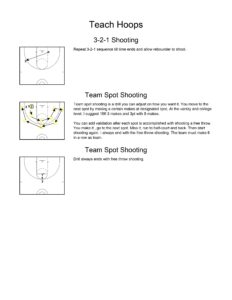 Team Spot Shooting is one of the most valuable basketball shooting drills. This practice sequence emphasizes form shooting and positioning, all within the framework of a team competition.

This drill involves a set number of players progressing through a series of shots on the floor. The group might start at the short corner, then move to the elbow, free throw, opposite elbow and opposite short corner.

In order to progress to the next spot, the group needs to make a designated number of shots in a row. Once the group has made three from the short corner, for example, they move to the elbow. But if they miss at the elbow, a coach can signal either that the team runs or returns to the previous spot.

This drill can be redesigned as a practice game as well. 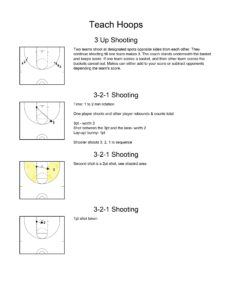 The 3-2-1 basketball team shooting drill involves at least two players and is a high-volume, high-repetition practice. Over the course of one or two minutes, non-stop, a single shooter progresses through a series of jump shots. The other player rebounds and feeds the shooter from near the hoop.

The shooter begins behind the three-point line for their first shot. From there, the shooter moves into the midrange for their second shot. The last shot in the sequence is a layup (which is worth one point). The rebounder keeps track of the shooter’s score as their teammate progresses through the drill. After the time is up, the players switch roles.

This shooting drill provides valuable practice for any shooter, regardless of talent-level. The shooter must move, set their feet and find a repeatable release. Even the other player gets reps at securing rebounds and making solid passes.

This drill can incorporate internal competition as well. The two partnered players can compete with one another, or with another pair at another hoop.