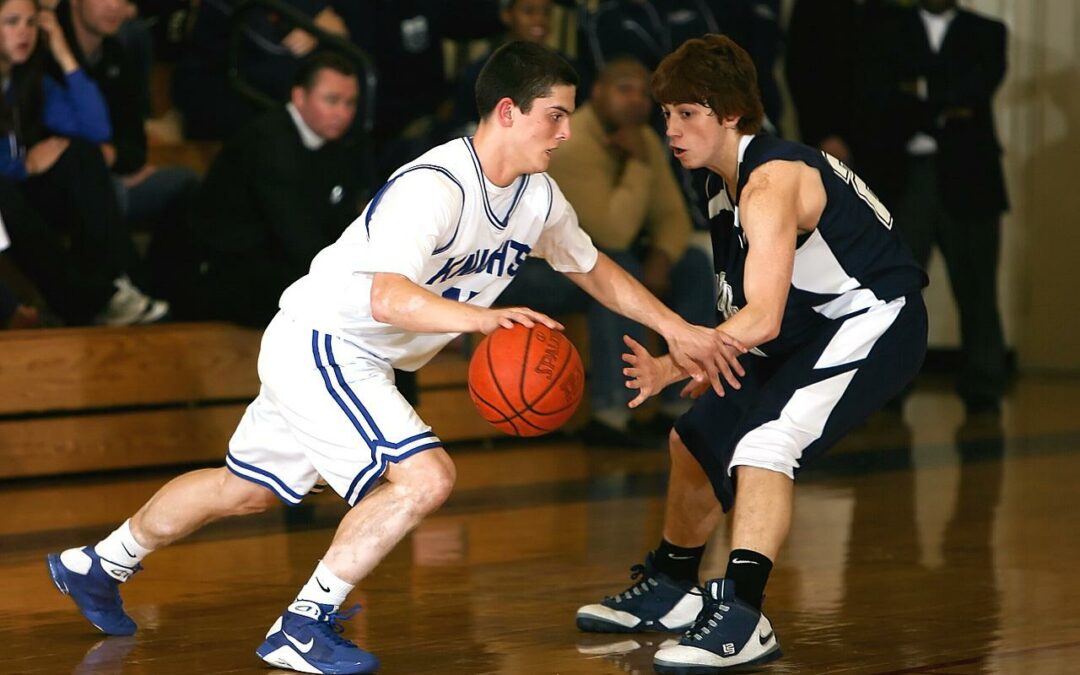 The Box Set offense in basketball remains one of the more popular offenses because it is purposefully designed to get easy buckets. This offense requires precise movement and timing, but when properly executed, the box set leads to scoring opportunities. These sets incorporate both on-ball and off-ball screens, and can be deployed against both man-to-man and zone defenses. The box set can also create certain isolation opportunities.

Unlike the Box Set Backdoor play, this set is designed purposefully to get an isolation opportunity for your team’s best attacker. Ideally, this set begins with the same alignment as other Box Set plays in your playbook. This helps prevent opposing defenses from immediately recognizing the play. Having the same set up also makes scouting your team more difficult.

This is a great box set isolation play to get your best penetrator a cleared side of a court. The key to this play is the player that gets the ball for the isolation must make a quick move. We have always coached our players up to do a quick jab to the middle of the court and go towards the baseline side. If you have a left handed player, this play could easily be flipped to the other side. 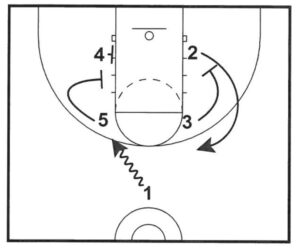 This box set isolation play begins with the two bigs, players 4 and 5, on the left box and elbow. 2 and 3 complete the box set on the opposite side.

The point guard, player 1 in this figure, dribbles hard toward the left, stopping at the three-point line elbow-extended. 1 picks up his dribble and looks to pass.

As that action happens, player 3 sets a down screen for player 2, who is the team’s best isolation player. 2 uses the down screen and pops up to the three-point line on the weak side of the floor.

As 2 pops up to the top, player 5 slides down beside player 4 in order to set up a double-screen along the baseline.

This box set isolation play continues as player 2 cuts to the right wing. 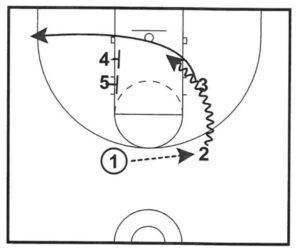 After setting the down screen, 3 then cuts to the strong side corner. 3 uses the double-screen set by players 4 and 5 along the baseline to draw the defense.

1 can ball fake to the corner before finding 2 with a pass on the right wing. From there, 1 holds his position to flood the left side, leaving 2 to operate along the right with this opportunity.

The box set isolation design creates an open side of the floor for your team’s best attacker to create off the dribble. 2 should look to penetrate hard, knowing he has a drop off on the opposite block as well as an outlet in the weak side corner. As player 2 begins his drive, the point guard can float toward to right wing to provide his teammate with a safety valve.