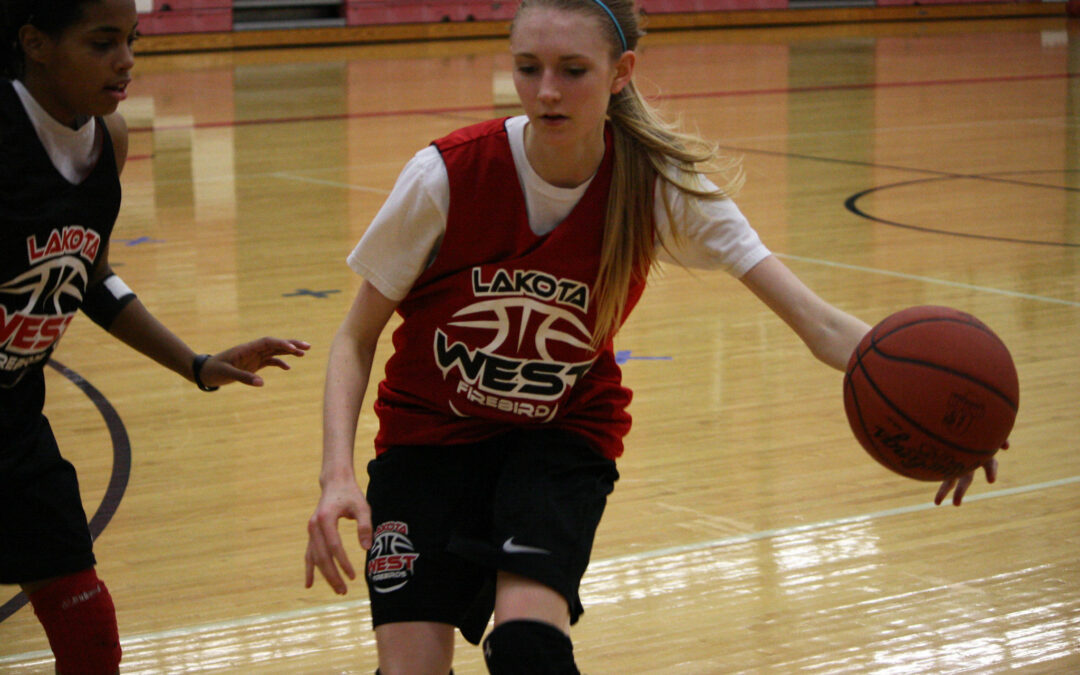 f you have listened to Steve’s podcasts with Rick Torbett, you will know that Coach Collins utilizes the Read and React offense. But before installing this offensive system for your team, you’ll need to develop the specific skills to help your players leverage scoring opportunities. These Read and React exercises, like the circle movement drills, layer these skills so your players can excel with this system.

The Read and React offense incorporates a specific concept known as Circle Movement. This action involves offensive players moving along the perimeter in reaction to a teammate’s dribble drive. Generally, the players move in a circle motion  in the direction of the drive. This creates additional space from help defenders and opens passing lanes for the offense.

Layering the motion and skills for the read and react offense remains an integral part of developing this system. The Circle Movement drills incorporate the specific cuts practiced in the Drift and Lift Drills.

The set up for this drill involves two offensive players against one defender. The ball begins at the top of the key with the ball handler. A shooter is set wide on the wing. The defender starts with the shooter.

Here, the ball handler begins his dribble drive attack, pressuring the lane. This forces the defender into a help-side position. As the defender slides over to help the penetration, the shooter completes the circle movement necessary for the read and react offense.

By drifting to the corner, the shooter creates a new angle for both the pass and the defensive recovery. This drill provides the shooters with a catch-and-shoot opportunity on the wing. The shooter should drift within their range. A corner three-pointer can be attempted, or a short corner jumper.

Coaches can add a defensive layer to this circle movement drill by making the help defender complete a hard close-out on the shooter.

The next layer of these circle movement drills involves the safety valve. The perimeter rotation in the read and react offense sees each player adjust their positioning based on the dribble drive.

The strong side of the court sees the offensive players drift with the penetration drive. On the weak side of the court, the offense players lift into the empty spaces on the perimeter to keep the floor balanced. This lift also creates a safety valve for the dribbler should the initial drive-and-kick opportunity be covered up by the defense.

The ball handler need to stop, reverse his momentum, and pass to the top of the key. This drill can incorporate ball fakes and provides a good opportunity to develop a guard’s footwork.

The drill provides a catch-and-shoot opportunity and can be run from multiple spaces on the floor. This drill can also incorporate two or more defenders to help create realistic game conditions.