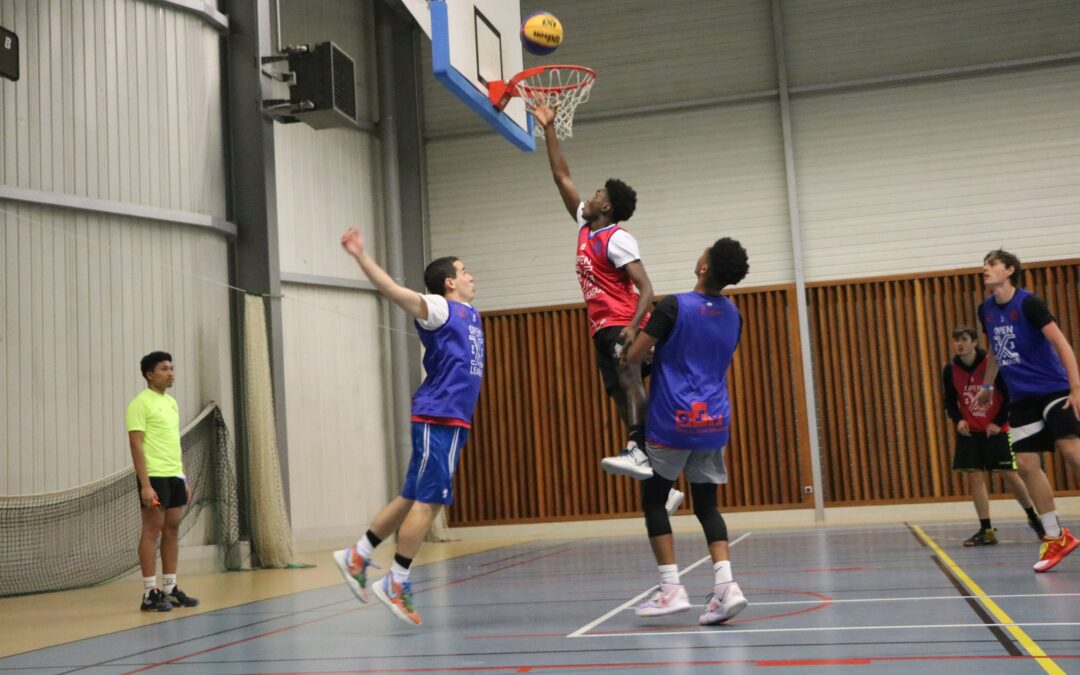 If you have listened to Steve’s podcasts with Rick Torbett, you will know that Coach Collins utilizes the Read and React offense. But before installing this offensive system for your team, you’ll need to develop the specific skills to help your players leverage scoring opportunities. These Read and React basketball drills, working on Dribble-At and Draft Drives, layer these skills so your players can excel with this system.

The dribble-at drill develops a specific skill often associated with a read and react offense. It’s a combination of several integral skills. These include passing off the dribble, cutting, and finishing. This drill also provides insight for teams trying to understand the value of spacing the floor.

The first layer for these dribble-at drills starts with the ball at the top of the key. The finisher stands on the wing, guarded by a defender. Player 1 initiates the action of the drill by dribbling at the wing player.

As Player 1 approaches, the Player 2 makes a backdoor cut. Player 1 needs to hit the finisher with a leading bounce pass on the cut. The offensive players in this drill can be instructed to work on different finishes at or near the rim.

This layer of the dribble-at drills can be shifted to other positions in the half court. Moving the starting point for the drill provides the offense with different angles to work from and different finishing spots.

Another layer of the dribble-at drills incorporates an action known as the “draft” drive. In this action, the player with the ball drives to the basket behind a teammate that is cutting. The cutter takes the first help defender with them with his move. This action is called a “draft” drive because it mimics a race car drafting off another race car, which removes some of the air resistance. Here, the cutter removes some of the defensive resistance a driver might face.

The set up for this layer of the dribble-at drills moves the defender from the wing to the ball. Player 1 starts with the ball at the top of the key, with Player 2 spotted up wide.

The action starts with Player 1 dribbling at the wing. Player 2 still makes a backdoor as the ball approaches, but instead of passing to the cutter, Player 1 follows into the lane for a layup attempt. The defender should provide pressure on the layup attempt from behind. This drill can also shift to different sections in the half court to create different angles for the drive and finish.

Bringing the two layers of these dribble-at drills together involves adding a third offensive player to the mix. In this setup, Player 1 starts at the top of the key and dribbles at Player 2 on the wing. Player 2 proceeds with a backdoor cut and Player 3 fills the open spot at the top. This cut-and-fill technique is a stable of the motion offense.

Once the ball is on the wing, Player 1 dribbles at Player 3, who makes a backdoor cut. Player 1 completes a draft drive trailing Player 3 into the lane. Player 3 clears to the corner. This drill can incorporate several different finishes, including layups, jump-stops, or kick-outs.