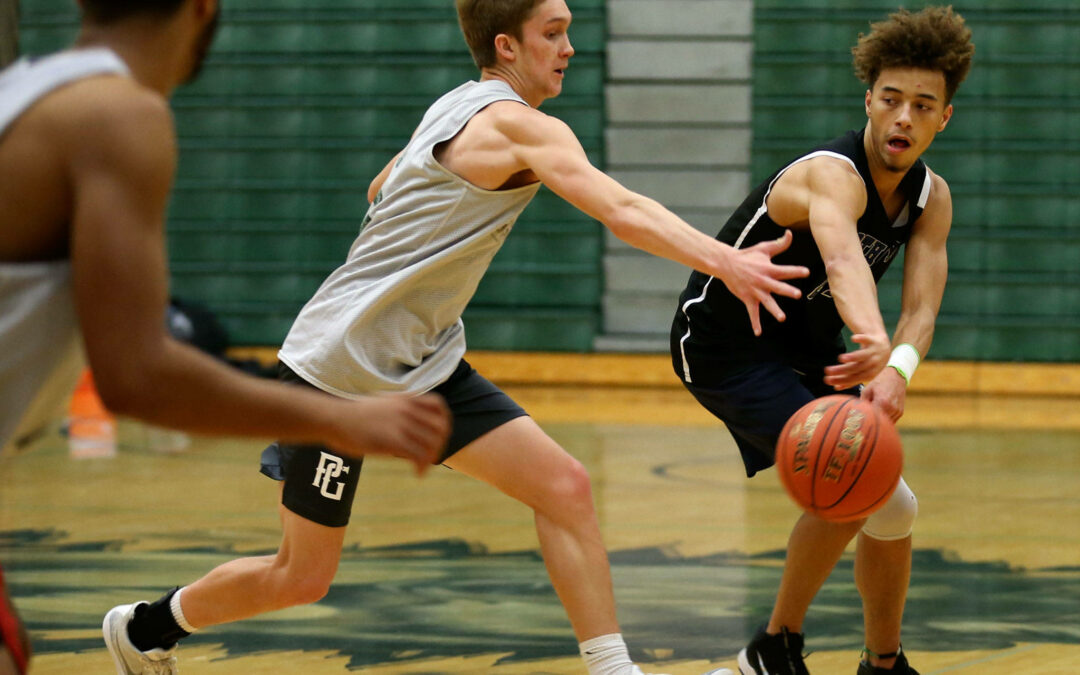 If you have listened to Steve’s podcasts with Rick Torbett, you will know that Coach Collins utilizes the Read and React offense. But before installing this offensive system for your team, you’ll need to develop the specific skills to help your players leverage scoring opportunities. These Read and React basketball drills, like the Laker Cut, layer these skills so your players can excel with this system.

A Laker Cut happens when a player on the wing or in the corner, passes to the low post. Following the pass, that player cuts toward the basketball either above or below their teammate on the block. The post player can then pass it back to the cutter at the basket. This move gets its name from the NBA’s Los Angeles Lakers, which used this action in their sets, particularly during the Showtime Lakers era.

The Laker cut embodies the popular offensive philosophy of always following a pass with a cut. Magic Johnson and Kareem Abdul-Jabbar helped popularize this action with their play in the 1980s. This movement is similar to a UCLA cut by taking advantage of a defender’s tendency to relax once their mark has passed the ball.

This Read and React drill begins with a player on the wing, a player in the post, and a post defender.

The player on the wing enters the ball into the post then completes the Laker cut, this time through the elbow. Your post player then passes to the cutter for a layup attempt.

The player receiving the pass can work on different finishes in the lane. The shots might include a layup, a reverse finish, and a floater.

The second variation of this Laker cut drill moves the defense to the wing. Here’s the set up has the defender on the ball initially, with the post player open underneath the basket.

Here, after making the pass, the player on the wing must make the Laker cut with a defender in front of him. The cutter can practice using a jab step for misdirection. Once again, this player can work on different finishes once they’ve received the pass in the lane.

A Laker cut works in the opposite way as a split cut. This happens the wing player passes into the low post then cuts away from the ball to set or receive another screen.