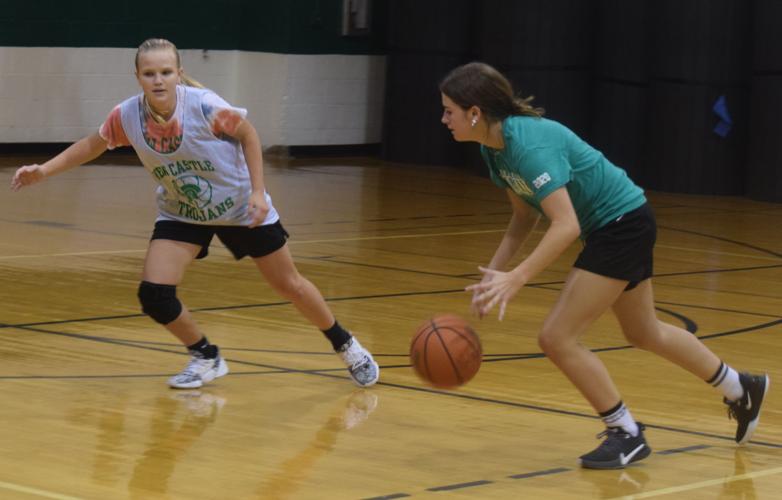 If you have listened to Steve’s podcasts with Rick Torbett, you will know that Coach Collins utilizes the Read and React offense. But before installing this offensive system for your team, you’ll need to develop the specific skills to help your players leverage scoring opportunities. These Read and React basketball drills layer these skills so your players can excel with this system.

We utilize the Read and React in our program at Gibson Southern in Fort Branch, Indiana. We love the unpredictability and freedom it provides our players while still having certain rules for them to follow. The various layers in these drills are the same as Coach Torbett’s system and can be easily implemented if you are running the Read and React system.

As all coaches know, it is important to prepare your athletes both mentally and physically for how to react in certain situations when games roll around and these drills simulate those situations in 3 or 4 player groups. We have implemented these drills with female basketball players from 5th grade all the way up to 12 grade. 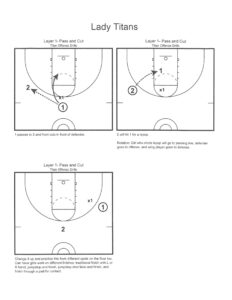 First of the Read and React basketball drills is a basic pass and cut. This drill incorporates three players: a passer, a finisher, and a defender. The move amounts to a UCLA cut which can be incorporated into a number of different offensive sets.

The passer waits until the finisher breaks the “read line” (the three-point line in the Read and React system) before throwing the pass. This pass should lead the finisher to the hoop, allowing the finisher to just catch and attempt the layup in one move.

The rotation for this drill sees the passer go to defense, the defender go to finisher, and the finisher switch to passer. This drill can be reversed to other portions of the floor, including a cuts from the wings. You can also incorporate different finishes for the layup, like a left or right, jump-stop, or shot fakes. 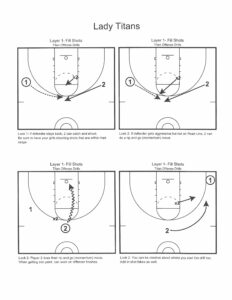 The next sequence in the first layer of Read and React basketball drills involves the Fill. This exercise has the shooter/finisher cut to an open space on the floor to receive the pass. After making the catch, the shooter must read the defense and react before taking the correct shot. This motion is called a Flash in some offense sets.

The drill set up has a passer on one wing and the shooter starting on the opposite wing. The defender starts in help-side position. The shooter cut to the top of the key to receive the pass from the wing and reads the defender on the catch.

If the defender stays back, the shooter can take a catch-and-shoot opportunity if they are within their shooting range. If the defender is aggressive and gets to the Read Line, the shooter should complete a rip-and-go move. This momentum move brings the ball across their body quickly, allowing them to attack the lane and leverage the defenders momentum.

This drill can incorporate different finishes once the shooter is in the lane, including layups, floaters, or jump-stops. The drill can also shift to other spaces on the floor to create different driving lanes. 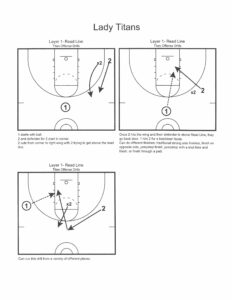 The last sequence for this first layer of Read and React basketball drills incorporates a simple backdoor cut. This move allows the offensive player to leverage an aggressive defense to create scoring opportunities.

This drill begins with the passer at the top of the key and both the shooter and the defender in the corner. The shooter cuts up the floor looking for the pass. The defender denies the wing entry.

Once the defender gets above the Read Line (the three-point line), the shooter makes the backdoor cut. The passer can ball fake to the wing before making the pass on the cut. This should be a leading pass, and likely a bounce pass at that.

This drill, like the others, can incorporate different finishes for the shooter. You can use traditional strong side layups, reverse finishes, jump-stops, jump-stops with a shot fake and finish, or finish through a contact pad. This drill can also be run from a variety of positions on the floor.