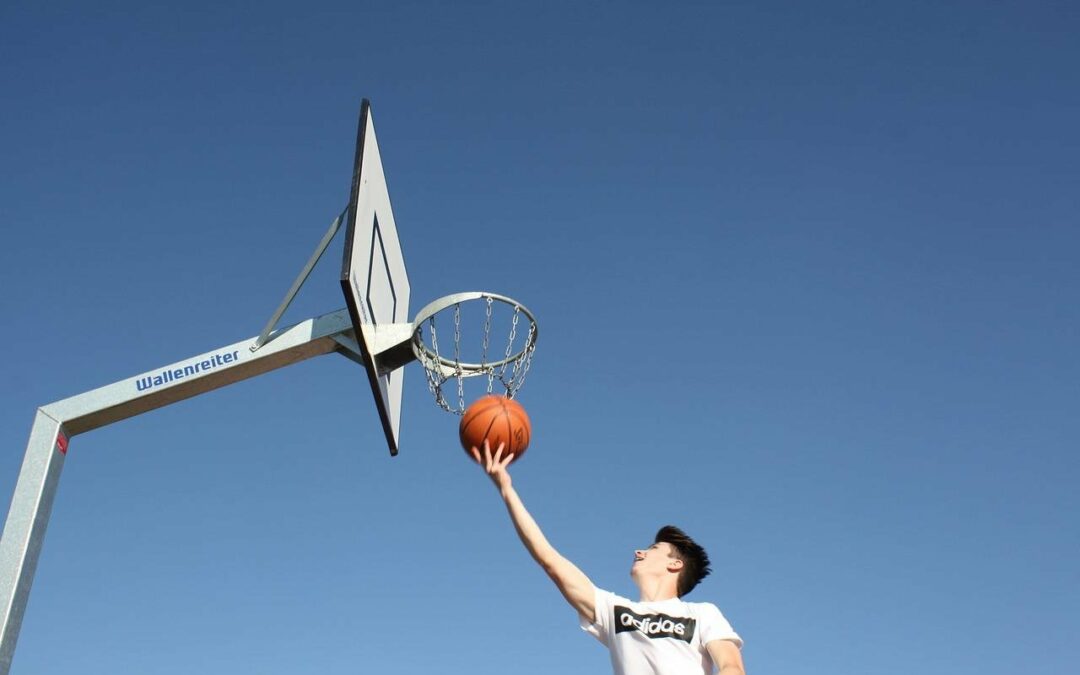 These should offer good opportunities to score quickly out of the look while the opposing team thinks you’re still just running your offense. Even if you don’t run Read and React, these looks could still be utilized as great set play options to get good movement and looks at the basket.

If you have a very good post player or just someone that is good at finishing around the rim, this is a good look for them. It starts with a dribble-at to initiate the offense to clear out the right side a little bit. We have action happening on the weak side to keep everyone busy and hopefully get a good look for the 5 in the paint.

This read and react play begins with your basketball team using a 5-out set. The point guard dribble hard at the wing toward Player 4, who cuts toward the basket. 4’s cut finishes in the opposite corner. As Player 1 fills the wing, Players 5 and 3 rotate up one spot along the perimeter.

From there, Player 1 makes a pass to Player 2 in the corner. Player 1 then cuts, calling for the ball as he does so. Players 5, 3, and 4 all rotate to fill the open spaces on the perimeter. Player 1 gets into the paint but stops his cut under the basket.

1 reverses his course and sets a back screen for Player 5 on the wing. Player 5 makes his cut toward the basket. At this point, Player 2 can either hit 5 with a pass on the cut or wait for 5 to post up on the block.

On the weak side of this read and react play, the Player 4 sets a flare screen for Player 3 then cuts to the strong-side elbow. If Player 5’s cut was covered, Player 2 can throw a skip pass to Player 3. He can also clear the ball to Player 1 or hit Player 4 on the elbow. If Player 4 gets the ball, this set creates a high-low opportunity with Player 5.