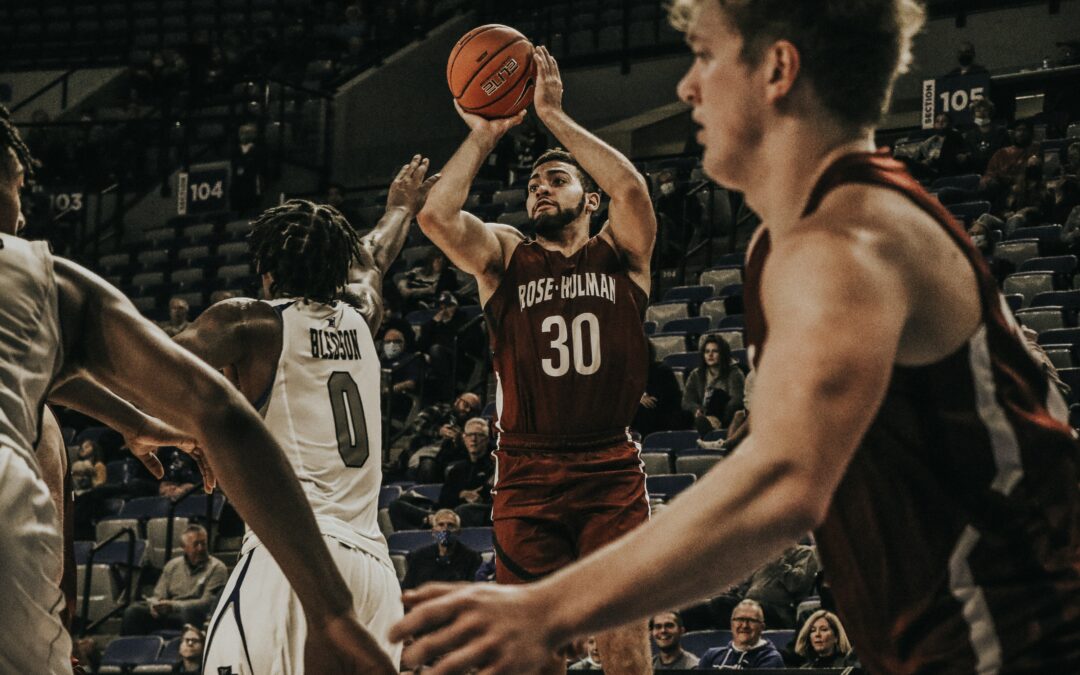 These should offer good opportunities to score quickly out of the look while the opposing team thinks you’re still just running your offense. Even if you don’t run Read and React, these looks could still be utilized as great set play options to get good movement and looks at the basket.

This is a VERY quick set, especially if you need a quick 2-point basket. The player on the left wing will receive a pin screen and they’ll curl to the block. For this play to be most effective, the player setting the pin screen on the left wing needs to be a knockdown shooter.

The initial action of this read and react basketball offense set play involves your two bigs setting pin screens for your wings. Of these two bigs, Player 4 should be a better outside shooter than Player 5. When setting these screens, Player 4’s back should face the corner while Player 5’s back faces the sideline.

As the screens are set, Player 2 curls toward the basket. Player 3 fades to the corner. The first look for your point guard should be for the layup. If not, the second read is for the shooter in the corner. 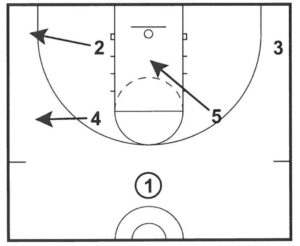 The second phase of this read and react basketball set involves a series of cuts for the offense. If neither Player 2 nor Player 3 are open on the pin screens, Player 4 flares to the wing. Player 2 cuts to the corner, and Player 5 cuts to the basket.

Another option here would be a high-low action with Players 4 and 5. In that option, Player 2 and Player 5 make still make their cuts, but Player 4 remains at the elbow. Player 1 makes an entry pass to 4 and clears to the opposite wing.

Player 4 would then look down low for Player 5, who has ideally sealed his defender when he made his cut.