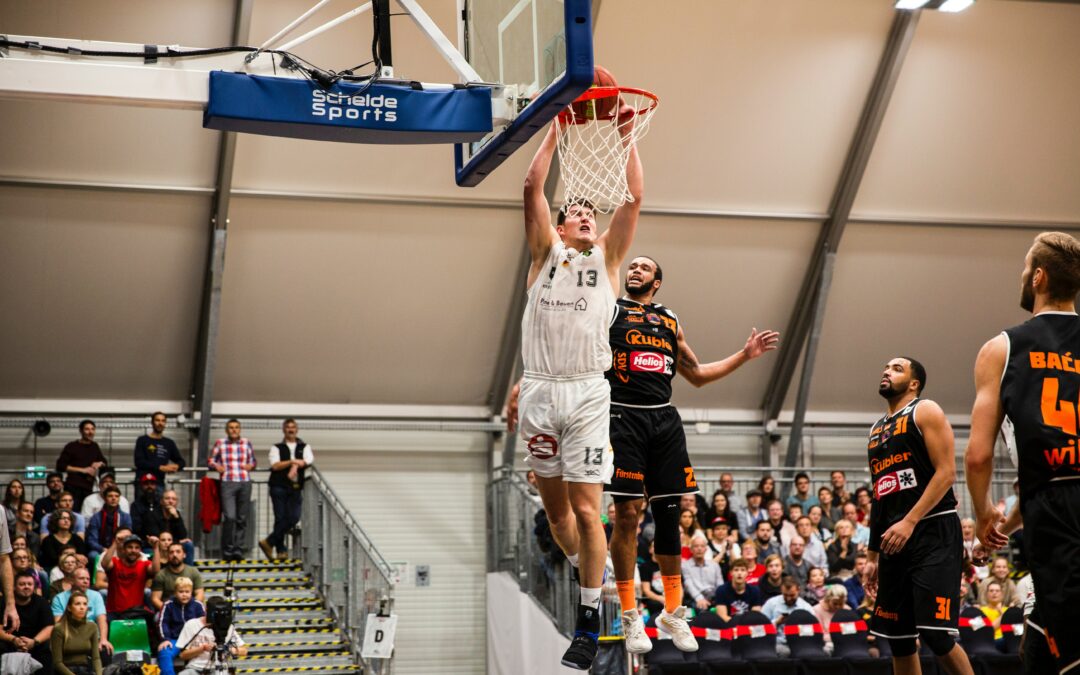 In this ever changing world of trying to find ways to separate yourself from your opponent, it is important to take any step necessary to give yourself an edge over the opponent. We run Rick Torbett’s Read and React offensive system in our program and have enjoyed what it has brought to our players. The Read and React sets we use on offense can be tailored to get touches in specific areas of the floor.

This one of the Read and React sets looks to get your best post player with an opportunity around the rim. Using specific ball movement and screening, the play creates space for a post finish. It helps when Player 1 in this diagram stands as a knockdown shooter. This keeps the opposing defense honest.

The play begins in a five-out set up. Player 1 drives hard to the wing at Player 4. This dribble-at move forces a basket cut by Player 4, who clears to the opposite corner. The other players behind 1 fill the empty spaces on the perimeter.

The next part of this set sees Player 1 pass to Player 2 in the corner. After making the pass, Player 1 cuts to the basket and touches the paint. Players 5, 3, and 4 must rotate to fill the empty spots on the perimeter.

Once the rotation happens, Player 1 reverse course and sets a back screen for Player 5. Player 2 can hit Player 5 with a leading pass as the post player makes the cut to the hoop. After setting the back screen, Player 1 should shape up for a jump shot.

On the weak side of the floor, another action takes place. Player 4 sets a pin screen for Player 3, who sets to shoot. Player 4 then flashes to the elbow. Should the post pass be defended, Player 2 has options: Player 1 for a three, a skip pass to Player 3, or an elbow entry for Player 4.