4 Steps to Get a Basketball Rebound 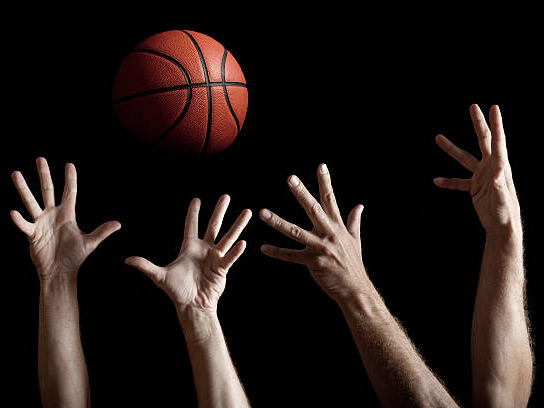 Block out the Block-out (#3 thing I no longer teach on Defense). Tom Izzo gets the credit, but I thought of it first! (Just kidding). I did realize this point on my own as a coach, however, and only later learned Izzo agrees with me 🙂 All this before I get to my 4 Steps to Get a Basketball Rebound.

Izzo deserves credit for his courage, for he challenged the Big 10 Creed that when rebounding a player must first Find his (or, a) player, Spin around, Put his butt into gut, Spread his arms & legs out (wide), Lean back into his man, Hold him there for, say, 2 seconds, and THEN go get the ball.

How many years have we seen coaches teach this same thing to players? Answer: Too long. Truthfully, it doesnt work, at least not for anyone outside the paint.

The only thing that matters in rebounding is getting the ball. Anything more is just a dance. What does matter is what I outline below, which is what I now teach regarding How to Rebound. First, though, some background.

Recently I happened to be watching another coach practice with his team. Dutifully, they did the 3-Man Box-out Rebounding Drill. But this time I saw what was actually happening each time the coach shot the ball. When his shot went off, his players looked AWAY from the ball, to find a person to go try to box out. They ran AWAY from the basketball to go get that person.

Then when they got to where that player was, they tried to turn around to locate them with their butts. But by then that offense player (who was facing the basket, and watching the ball the whole time), easily got around the spinning rebounder. In 80% of time the boxer-outer rebounder never even made contact with the moving, reacting offense player. No contact! Instead, just wasted effort, and an unsuccessful solo dance.

I have since noticed this same phenomenon at other practices (disclaimer, including at my own!)

4 Steps to Get a Basketball Rebound

This is what I now teach on the 4 Steps to Get a Rebound:

Second, ANTICIPATE where the missed ball is going to bounce after it hits off the rim or backboard. And while anticipating, take your first step in that direction. Go when no one knows where, not after it is obvious. Let me ask you as a coach, isnt rebounding more about positioning than player size? Will not the smallest, slowest player on the floor get the rebound if he is in the right place, than a taller guy who is out of place and gazing flat-footed?

The truth is, most players stand where they are and hope the ball bounces to them. Almost none move. The next time you are at a practice note how many stand where they are when the shot is taken, and dont move more than 4 inches in any direction. Instead, they freeze & gaze.

Third, POSITION yourself between the ricocheting ball and ANY other player who may be standing in that same area on the court (even if it is your own teammate). As coach, I am okay with one of my players getting in front of another of our players, to grab the rebound. The point is to get the rebound; it doesnt matter to me who on our team gets it.

Fourth, JUMP to meet the ball at the highest point in the air. Again, this sounds obvious. Yet it is surprising how many players only partially jump, if at all; and, instead, they assume the ball will come to them, so they wait for it.

One of my original observations about basketball is this: The first-mover wins the play. And, rebounding is all about who moves first, to the right place, and there jumps first & highest.

Watch your players–are they dancing, or actually getting the ball?