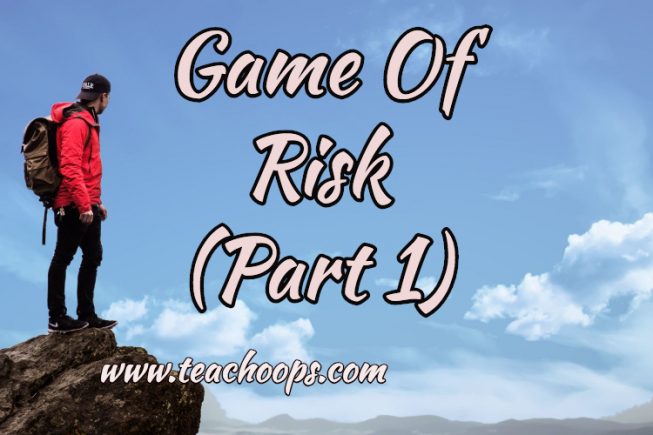 Jim Kramer, the famous stock analyst, advises his viewers to take risks based largely on their age. He feels that the younger an investor is, the higher their risk/reward profile should be. The logic being that younger investors have far more time to recover from high risk losses, which allows them to be more aggressive in pursuing their financial goals. Compared to older investors, who have far less time to recover from high risk losses, and therefore often take a much more conservative approach. This concept proves true with young athletes as well, who should always be more aggressive in chasing their athletic goals.

Increased competition level is a great place to start. Most young ballplayers tend to play equal or lesser competition, in comparison to their skill level. Often due to fear of failure or physical punishment, many young ballplayers are not willing to take the risk of playing bigger and better competition. When in fact, this is exactly the time in their lives when they should be taking that risk. Players of all ages should always play up in competition whenever possible, never equal or down. That’s the best way to test their physical and mental limitations both on and off the court. Specifically, when young players become accustomed to playing up in competition. They often not only increase their skill level and toughness, but increase their confidence as well, leading to loftier goals and expectations.

Another great opportunity for high risk/reward potential is increased level of personal play. Young players often have a tendency to limit themselves in the way they approach and play the game. These limitations can reveal themselves in many ways. Usually in the form of timid execution, such as passing up open shots on the offensive end, or failing to aggressively engage on the defensive end. Unless addressed and corrected, this timid approach will only get worse in time. Eventually, it can even become part of their lives off the court, such as in the classroom and in social situations.

The best remedy is repetition. Confidently encourage your players to step out of their comfort zones on a regular basis, regardless of the results. The more they become comfortable with an aggressive mindset, the more likely they are to become comfortable executing aggressively as well. These are just a few suggestions, but the bottom line is that young players need to take more athletic risks while they’re still young. If they continuously make the mistake of waiting until they’re physically or mentally ready. It will almost always be too late. Encourage your players today to embrace being young and being bold.