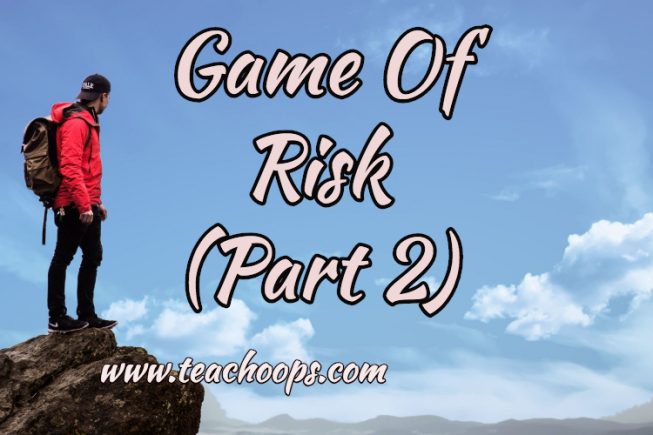 Life is a series of moments. Each uniquely unfolding every second for all who walk this earth. Good or bad, each and every moment is a miracle, as well as an opportunity to be our best or worst. The number of these moments we’ll receive in a lifetime remains forever unknown to us in the land of the living. Only after we’re gone will this exact number be revealed. A painful epiphany, often occurring just seconds after another pivotal moment of truth in our lives has come and gone. Moments that most of us so often take for granted. In these pivotal and powerful moments, life presents us with 3 simple questions: Will you take the risk?, will you play it safe?, or will you freeze?

Our decision is often based on a choice between listening to our mind or listening to our heart. Ironically, the assurance that comes with deciding to play it safe, does not always assure a safe outcome. In fact, taking the risk in any given moment is often safer than not taking it. Risk provides the potential increased reward to further separate us from harm or danger. This separation is one of the great differentiators between every person, place, thing and idea on this earth. Any one person being healthier, wealthier, or happier than the next, is often a direct result of the risks they’re willing or not willing to take.

A perfect sports example would be playing conservative for an entire game against a superior team, in hopes of keeping the score as close as possible. This approach often leads to a more competitive defeat, but a defeat nonetheless. In actuality, a more aggressive or risky approach would be far more likely to produce a victory, with the only drawback being a potentially larger margin of defeat. If playing it safe leads mostly to losing anyway, regardless of how close the score is. Then why not take the risk of being more aggressive.

William Wallace, the legendary Scotsman, better known as “Braveheart”, faced many pivotal moments of truth throughout his life. He and his fellow freedom warriors were especially confronted on a particular battlefield, which would become the site of a miraculous shift in spirit and fearlessness going forward for Wallace and his warriors. That great shift was given life by these powerful words from Wallace himself:

Fight, and you may die. Run, and you’ll live. At least awhile. And dying in your beds, many years from now. Would you be willing, to trade all the days from this day to that? For one chance, just one chance!, to come back here and tell our enemies, that they may take our lives, but they’ll never take our freedom!

The most powerful moments of any risk taken or not taken, are not the moments unfolding in the present. The most powerful moments are the ones that follow immediately after, and on into the future, for the rest of your life. Ask yourself. Ask your players. Did you take the risk?, did you play it safe?, or did you freeze? And since no one is promised tomorrow. What about today?