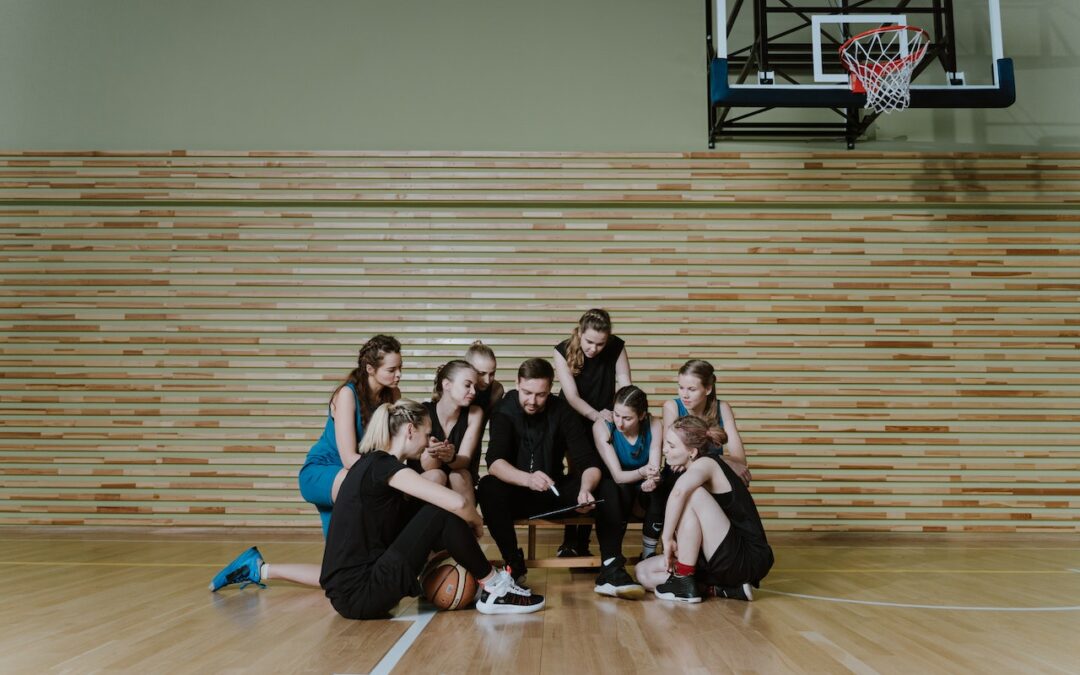 Coaching basketball at any level requires patience and preparation, but it doesn’t have to be overly complicated to get the job done. Coach Barry Cook explains his process.

I first began coaching eighteen years ago. I had gotten a late start in coaching, after playing in high school and college, and wanted to follow my father’s path. He was my High School coach for most of my career but more so he was my permanent coach. When I first told him that I wanted to get into coaching, he gave me some pointers. His style of coaching had proven successful and I have adopted many of the ways he did practices, game management and player management. There is one thing that he said that has stuck with me and I have expanded on.

The Junior Varsity level is where I first began my coaching career. I was full of ideas and presented my tediously planned offense to my father. He looked it over carefully and told me it was good. Then he said:

“You know this is all going to work until the opposing coach calls a time-out and alters his defensive strategy or his players make adjustments on the court. So teach your players to read and react.”

This led me to the belief that my offense and defense should be simple to explain and teach. Then I could design my practices to work on basketball skills.

Simplicity Is Key When Coaching Basketball

I had read and listened to coaches say that skills need to be practiced over and over and new skills need to be taught in progression. Shooting is a great example. To teach and coach shooting, a coach needs to work with his players consistently. Practice times being limited as they are; prevent some players from developing a good technique.

I was guilty at the beginning of conducting an unproductive practice. My team was spending most of their time running a complicated offensive scheme and learning a team defense. What I was finding was a revelation.

My players knew the offense well and ran it almost flawlessly but, we would miss the shot or not recognize a scoring opportunity. Why? I had not given them the time or the teaching to shoot better.

Defensively, my players were getting into their defenses well and not missing assignments, but making poor plays and getting beat. Again, it was because I was not teaching the defensive basics nor giving practice time for that. I went back to what my father was saying and I adjusted.

Practices became different. We began teaching shooting skills and devoting time to that skill. Players worked on developing proper defensive techniques, we worked on dribbling, passing, screening, and switching. Our offense was simplified and we substituted complication for proper and improved techniques.

The team began to be successful and play a fine game. I won’t say we won all the games after that, we won our share. But we DID become a better team. I decided to concentrate most of my practice time developing the skills that my offense and defense demanded from my players.

After coaching for years now, I watch our opponents and see them run a beautiful offensive play but miss the shot. They set up a difficult press only to be beat off a dribble or a good pass, or the offensive plays fail because of a terrible pass. Or a coach calls time out and designs a complicated play only to have one or two players not understand. We all know as coaches, if one player does not do his part then the play is ruined.