Lessons Learned From The 2018 NBA Playoffs 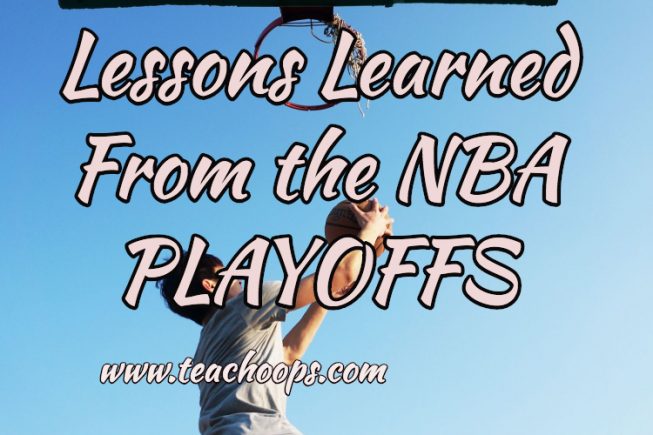 “Lessons Learned From The 2018 NBA Playoffs”

Year after year, the NBA Playoffs offer us all a front row seat to the game of basketball being played at it’s highest level. However, even the top seeded teams can often fall short of that level when it comes to playing with maximum effort. In any given game, most NBA Teams can be trusted to play their hardest, but in a “best of 7” series, there are far more opportunities for human nature to sink in. Following a loss, the most common NBA Playoff Team adjustment is usually not schematic, but simply to play with more energy and determination.

Coaches have used several different buzz words over the years to describe either how an abundance of effort led to victory, or how a lack of effort led to defeat. In the past, the most frequently used buzz word was “desperation”, which has graced the narrative of many post-game press conferences and off-day interviews. However, in 2018, the new buzz word appears to be “force”, which ironically has been used most by Head Coach Steve Kerr of the Defending Champion Golden State Warriors. Regardless of whether “desperation” or “force” best describes maximum effort. What’s most important is why it alludes a team to begin with, and how to get it back when it does.

Overconfidence is the most common contributing factor, and also the most damaging. Overlooking any opponent brings about consequences that often cannot be reversed. Coaches of all levels can learn a valuable lesson from this years NCAA Tournament, in which a #16 seed beat a #1 seed for the first time ever. The concept of “rest vs rust” is also a major factor, when a team is affected by having either too much rest, or not enough. Lastly, is a lack of 3-dimensional preparation. Most preparation is based on 1-D and 2-D tendencies, such as preparing for an opponent that plays fast, or tries to dominate the paint. An example of 3-D preparation would be discovering that your opponent has a hidden motivation, such as a team member dealing with a tragedy, or perhaps a hidden revenge angle. That hidden motivation could make this game extra emotional for them, causing them to play with maximum effort and increased intensity. That could be huge problem if you as a coach are unaware of it, and your players enter the game at only a standard motivation level. Bottom line, there are infinite reasons why a team can lack effort in any game, at anytime, at any level. These are just a few details to keep an eye on.