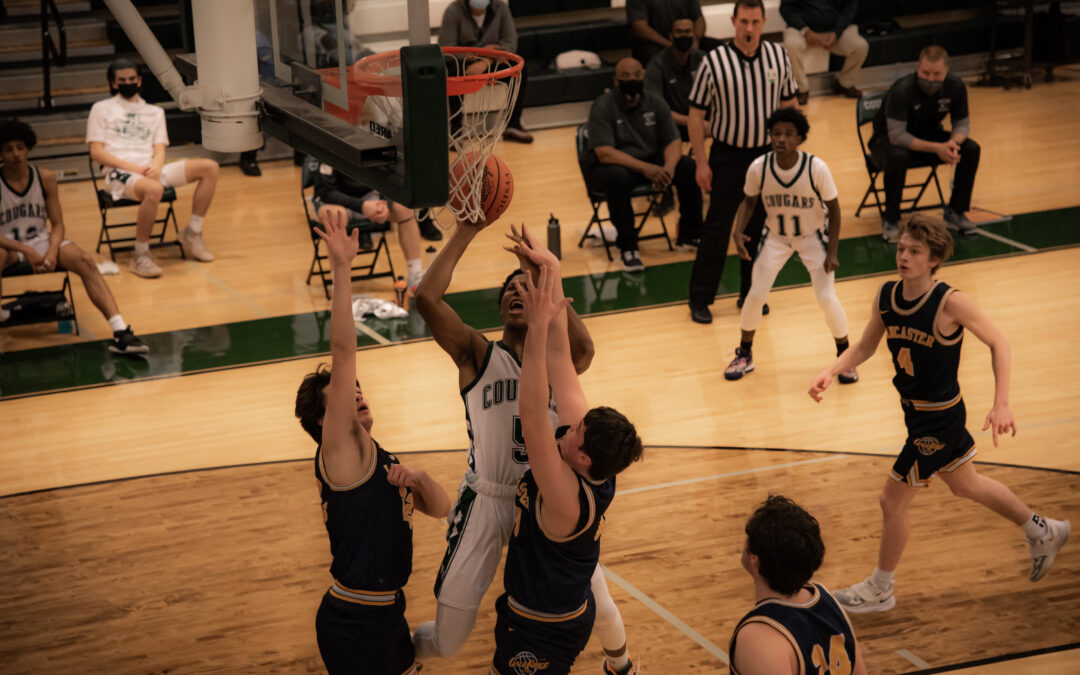 Understanding situational basketball comes only after playing the game competitively for some time. Getting young and developing players to understand the ins and outs of different situations takes time, and experience. Coaches can carve out practice time for situational drills, but often, players won’t fully understand until they’ve experienced it in a competitive game.

Let’s start by setting a scene: low-scoring, hard fought playoff game in a loud high school gym in the first week of March. We worked for this all year long. It’s the month of the season where any coach would work for free just to have the chance to feel that utterly different, barely describable adrenaline that comes with a win to advance to the next round.

So that’s where I was as an assistant coach. Up off the bench trying to diagnose the intended action of a play before our team forced a five-second call on a sidelines out of bounds play. It’s where I was a few moments later, using what was left of my voice to remind our inbounder that we were out of timeouts. It’s where I was when his inbounds pass took our best free throw shooting guard back toward our own basket.

I exhaled as a late whistle negated a steal that would have led to our opponent tying the game. With both hands pressed behind my head, I felt a tap on my shoulder from our older and more composed assistant coach.

“We’ve got to work on late game situations tomorrow in practice,” seemingly oblivious to the fact that we still needed to make a pair of free throws to ice the game.

“I hope we have a practice tomorrow,” I shouted back to him.

We survived and advanced. I knew he was right. Teaching situational basketball was integral. But, in my career and with the coaches I had played for, worked for, or even spoken to, it’s always been the thing that got cut out of practice.

I first heard this response as a high school player when I was talking to a respected and decorated retired coach from my high school as I explained the newfangled approach of fouling in the closing seconds when up three points.

I next heard the response as an eager young coach, trying to offer something different to a coach in my first job.

“That’s great, Bennett,” he said. “But have you noticed that we aren’t even good enough to be in late-game situations?”

“This is why we don’t do this,” I heard another coach say as I watched a comical close to an otherwise fine practice when my situations were marred by managers not being able to run the clock and JV players incapable of handling any sort of pressure defense.

But my idea persisted. I tucked it away in a notebook until finally, called for out of complete frustration, it got its chance to make its way into a practice plan.

“Bennett,” our head coach said. “We’ve got to figure out ways to teach our players what to do in different situations.” I heard this after a weekend where we nearly choked away a double digit lead in a Friday night game. We suffered a very frustrating loss a night later when we gave up not one, not two, but three 3-point shots to close quarters.

So what did I propose and implement? Nothing too time consuming. Nothing too difficult. But something that has helped our players think situationally better.

Three to four times in each practice, in little short segments, we blow a whistle, gather two teams, and conduct a situation. It works as a palate cleanser for whatever else has happened to that point in practice or to what might happen next. Of course, there are also consequences. We run when we don’t achieve our stated goal for that situation.

But, above all, it’s a chance to teach, talk, and coach players through a situation that they have seen or could see. It’s the opportunity to work on that last second play, see how long it will take to get into a set and execute it. Teaching situational basketball can reaffirm a recently taught point, or test the mental mettle of your team.

Too often, I think coaches envision working on situations to mean the last two minutes, holding a lead or last 45 seconds trying to come back. Those kinds of situations often do take too much time or can lead to frustration when a JV team can’t pressure or a manager doesn’t know when to stop the clock.

Our situations are often short. I think back to the idea of getting a pass inbounded with two seconds left and no time outs. After that situation, we can grade our players immediately as to whether we got what we wanted. Did the right player get the catch or was the pass thrown to a place where it would hurt us the last if it were to be intercepted?

Other times, we simply talk about urgency and give the ball to the opposition with 20 or so seconds to go. Give up that last shot? Enjoy a few sprints before we move on to the next part of practice. I reiterate that the most important thing that we do is huddle again after the situation and address exactly what we thought went right and what still needs to be fixed in future situations.

It’s a great way to bring some intensity to practice, even amongst coaches. I have been given free reign to coach our top varsity unit through the situations. Our other varsity assistant and JV coach, who both work in our building, often find me at lunch to try to figure out what situations we’ll be working on that day and what lineups I plan to use.

By the beginning of practice, I find that they’ve schemed to come up with sets they want to run against the top group in order to force them to have to run sprints. There’s been a healthy amount of competition while our players are also learning. As I mentioned earlier, it can also act as either a bridge to the next segment of practice or a cap on the previous portion.

How often do we say to our guys “know the time and situation” or “be aware of the situation”? Now, we have three to four chances each day to teach our basketball players situational awareness. Want to know how and when to foul up three? How about focusing on getting 2-for-1 at the end of a quarter or half? Want to practice turning a ball handler after getting a score with a few seconds left on the clock?

These are all little quizzes that you can more easily incorporate into practice. Better yet, it’s a great way to review the situations you might have failed in previous games. Finally, it even gives us a chance to fit in sets/tendencies of our upcoming opponent.

So often because of fouls, you wind up with strange groups on the floor. How often is your big on the floor at the end of the half because of foul trouble? This is a great way to try out different lineups as you envision the best or worst case that might come Friday night.

It’s also a great way to know who you can trust to do certain things. Going back to my high school’s old coach – I can pick one or two guys and teach them how to foul with a 3-point lead.

How often as coaches do we say things like “Can we do this?” “Can so-and-so run that?” “How much time do we need to do this?” So much of the intel that I try to collect and have ready for our games comes from these situations.

I have an “end of quarter” column on a sheet I have with me each game that lets me know exactly how much time each set might take us to run. That way when our head coach calls something out at the end of a quarter, I can let our point guard know exactly what time to start the action. It’s similar with lineups. I know, based often by what guys have done in the past couple weeks, who can handle what assignment or what certain guys actually know how to do.

Does this cure all situational ails? Of course not. But, what it does do is it gets players thinking throughout practice. Just the other day, we had worked on how we wanted to finish a quarter by getting a stop and then running a bit of clock before going to a closing seconds set that we call “tap.”

Toward the end of practice, we worked a simple 8-minute quarter as a scrimmage situation. A ball got batted out of bounds with about 30 seconds left on the clock. Without prompting, our shooting guard turned to me and said “You want this like we did earlier?” I nodded and he right away called out and gave direction to his teammates. Something had clearly stuck with him.

How has it helped though? I think some. And the wins and losses do show that to be the case. Going back to that frustrating weekend where our current head coach tasked me with coming up with some solutions. We were 3-12 in two possession games over the past year and a half. Since then, a sample size of a little more than a year now, we are 8-1 in two possession games.

I go back to the coach I worked for (and highly respect) who said there were so many other things that needed to be done before we worried about end game situations. He was exactly right. But, I think winning situations in the first three quarters is integral in getting a lot of teams to the fourth with a chance. Nevertheless, it is something that you can work on in practice tomorrow – if there even is a practice tomorrow.