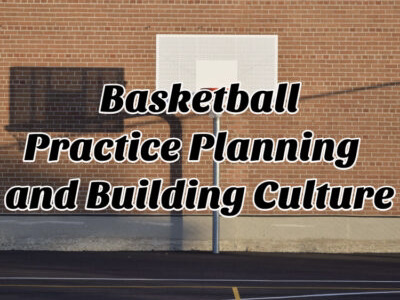 For any coach, practice planning and building culture are keys for any successful basketball program. How a coach integrates these elements into their team approach speaks to their preparation and expectations. In this extended episode of the Coach Unplugged podcast, Coach Collins sits down with Coach Jeremy Thompson of Monroe College to discuss the approaches within his program. 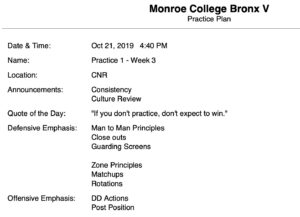 Coach Thompson stresses consistency and culture in his approach to practice planning. He often integrates quotes of day, like “If you don’t practice, don’t expect to win.” His plans often include both offensive and defensive emphasis points.

Thompson will break down his practice into smaller segments with a specific focus for each. Warm up exercises build upon one another and progress toward larger team-wide drills. In addition, the drills fall into different categories which deal with specific basketball skills. 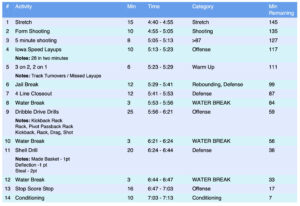 Thompson was previously with City College of New York (CCNY) as associate head coach. In his final season with the Beavers, Thompson helped lead the team to a CUNYAC Final Four appearance.

Thompson began his women’s basketball coaching career at Staples High School in Westport, Conn. He served as the head freshman coach in 2013-14 and the assistant varsity coach in 2014-15. Thompson coached the freshmen to the No.-1-ranking in the Fairfield County Interscholastic Conference (FCIAC) among freshman teams in 2014. The varsity team made the FCIAC playoffs in 2015 under Thompson’s tutelage.