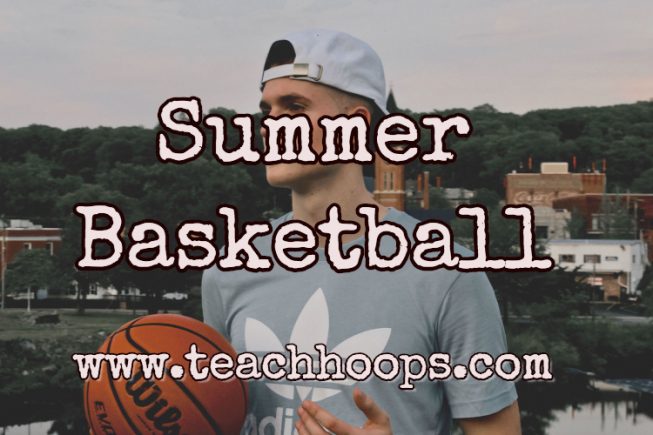 As we continue to address the topic of summer, I find it’s time to start talking how the improvement happens for a player in the summer. First, you have to understand that many other steps have to be in place before summer begins for the biggest improvement to happen. There is still a lot of effort that needs to be made on the coach’s part to make growth happen. Here is my pre-summer checklist, note these actions can happen right now if needed.

1. Player Evaluation with an End of Year Meeting: I believe development is at its strongest when supported and guided by coaches. Take the time to meet with your players after the season. Talk about what skills they need to work on, but also enhance the strengths that possess.

2. Schedule available times throughout the summer for players to work on their game. Society and the game has changed so much. You hardly see players working on their games in their driveways or the local parks. Players tend to do things when organized for them. Create a calendar that players can see in the advance so they can plan with their parents on to make time for getting better.
3. Workout Resources: You need to provide workout for your players. I have developed my own and used others in the past. Please email me if you need workout resources

4. Summer Camp: When I was Varsity coach, I ran a camp early in June. During that time, I took the time to teach the players the workouts during the camp. The rest of summer, I provided gym times to do the workouts on weekly basis three times a week.

5. Less emphasis on games more dedication on getting better. Some players will play more than 40 games in the summer if they play the AAU circuit. Players need to understand that games will only help your game in small amounts, but direct workouts of basketball skills is where development happens. You can’t be a great shooter by just playing games. It takes repetition just like any other skill in basketball.

6. Develop a culture of hard work and improvement: At my end of the season, I tried to highlight the players who improved the most from the previous season. Usually, it’s those players who committed to the summer are the ones making the gains. For example, I had player who told me at the end of his junior season, he was going to score 1,000 points in his career. I said, “You will have score more than 500 points in one season.” We worked together to make this goal happen. He learned to create his own shot with learning how to be a rim attacker. His growth is one of many stories I share with players and parents about the importance of getting better. Your team is only as strong as its weakest player.

Check out teachhoops.com For Coaches who want to get better