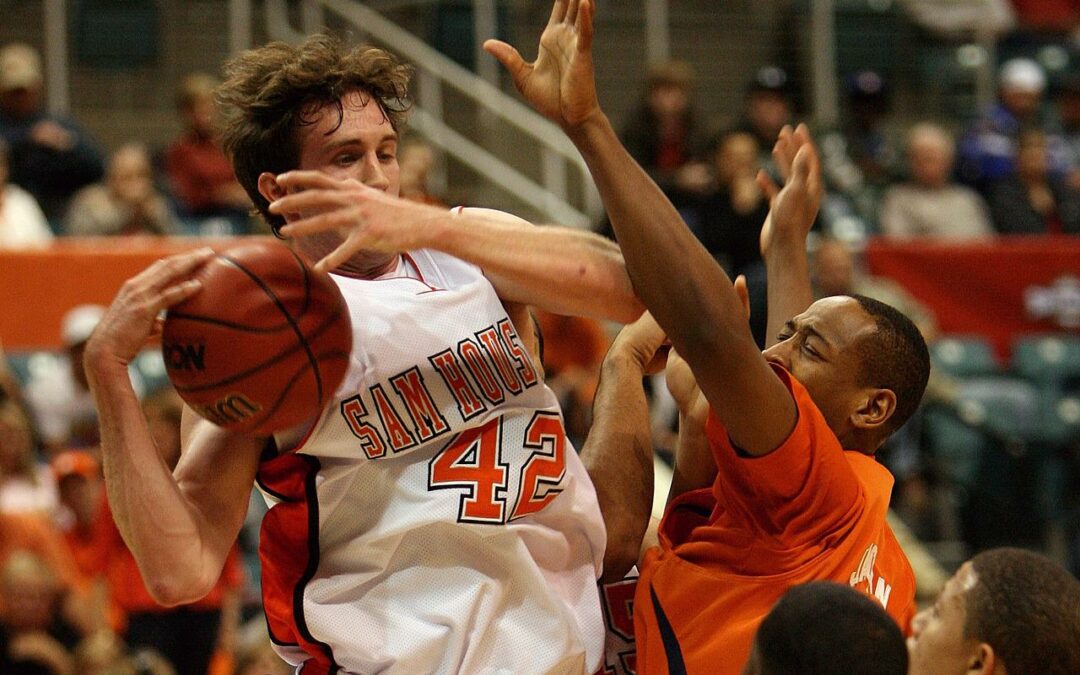 But rebounding isn’t only integral on defense. Offensive rebounds lead to put backs and help build your team’s confidence. If you can grab just five more offensive rebounds per game, that could equate to as many as 15 points more per contest. That’s something that can help your team win the majority of its games.

So here’s a look at three developmental rebounding drills for your youth basketball practice.

The key to becoming a good rebounder is understanding the form and technique. There’s more to becoming the next Dennis Rodman (from a rebounding perspective) than just jumping and trying to grab the ball. You need to find a player to box out, make contact, then explode to secure the rebound.

For this rebounding drill, set up two lines on either elbow at the free throw stripe. Each line has its own ball. The players will toss the ball off the backboard, then race forward to secure the rebound. After grabbing the rebound, the player should plant, pivot, and pass to the next man in line.

This drill sets up a controlled environment in which the players can focus completely on the task of rebounding. Points of emphasis for this drill include instructing your players to leap as high as possible when going for the rebound. It’s important to high-point the ball. Players should land in a wide stance, with both hands securing the basketball.

The next of these three rebounding drills adds a layer of progression. The outlet pass remains one of the most important developmental skills for a rebounder. These passes can easily jumpstart an offensive possession. The best outlet passes get ahead of a defense and allow for a fast break.

The set up for this drill mimics the previous one. However, in addition to the lines at the elbows, two more lines exist on the wings. The wing lines receive the outlet passes.

As with the first drill, the first two players will throw passes off the backboard and go get the rebound. Rebounders will pivot out and make a crisp outlet pass to the wing. The wing player then fires a pass to the next person in line.

Points of emphasis for this drill include rebounders going up strong with two hands, chinning the basketball on the grab, then landing with a wide base. The wing player should call for the ball by yelling “Outlet! Outlet!” from their spot on the perimeter. A variation of this drill might involve having the wing player start along the baseline or another spot, then running to the wing to receive the pass.

The last of these rebounding drills involves using a zone defense set up. Rebounding stands as one of the weaknesses of a zone defense. Zones can be susceptible to allowing offensive boards if the proper rebounding technique isn’t used. This happens because offensive players come at different angles against a zone than a man-to-man defense.

This drill forces the defenders to find and contact their offensive counterparts before securing a rebound. Even if your team doesn’t run zone defenses very often, the principles of this drill remain valuable.

For this drill, five offensive players stand on the perimeter, while two defenders await inside near the basket. Each player on offense is given a number, 1 thought 5.

The coach calls out two of those numbers as he attempts a shot. The defenders must find the two crashing offensive players and box them out before securing the rebound. In the graphic, the coach said 1 and 4. The defenders meet the offensive player and block them out, then crash the boards. You can rotate the groups as needed. This drill can also be completed with fewer players, including an option for three on offense and one defensive rebounder.

Related: 4 Steps to Get a Basketball Rebound