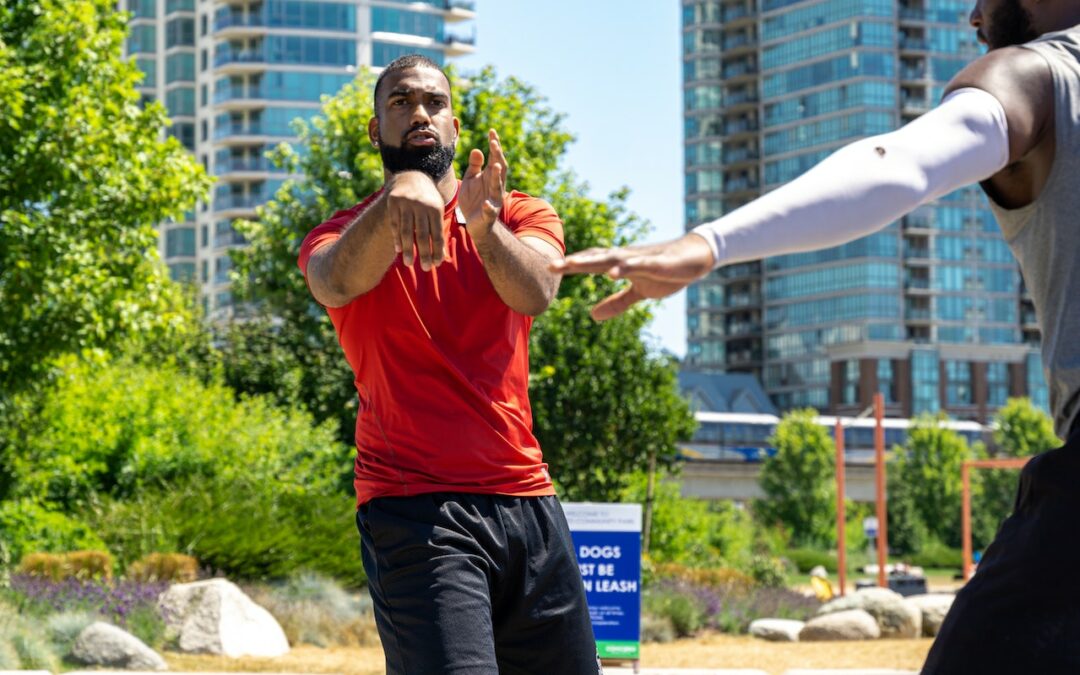 One of the most important elements to designing a valuable practice plan is deciding what core basketball elements you’ll concentrate on. So when deciding between basketball practice warm up drills, it’s important for a coach to know where the focus will be. Many practices begin with traditional layup lines, jump shots, and passing drills. But how often are the players simply going through the motions of those drills? Installing the right warm up drills will vastly improve the efficiency of your practice.

Getting your players warmed up and ready to compete needs to happen at the start of every practice. So why not use that segment to instill core elements to your offense and defense?

One of the better warm up passing drills incorporates pivot passing.  While this passing drill remains a staple at the youth level, there are practical elements here that can be incorporated into the practice plan of more advanced teams.

This drill stresses the specific development basic footwork. Players pair off and stand in four lines. If the players start on the baseline, they explode out with an attack dribble to the free throw line extended area. From there, the players jump stop, reverse pivot then pass to their partner at the baseline. The partner receives the pass an immediately explodes into the dribble.

The reverse pivot helps practice creating space, a necessary skill for any level of player. Coaches can layer shot fakes, step throughs, rips, etc. Change the specific pivot foot for the players and force them to adjust. Even the most athletic players may struggle with this seemingly basic drill because it layers specific movements and does so quickly.

Coaches always love drills that do double duty. When a drill that incorporates multiple basketball elements can be used, it helps maximize the value of that practice segment. Drills that develop specific skills and other elements like conditioning and/or communication are inherently more valuable than single-focus drills.

Argentina Passing sports that layered value because players progressing through the drill develop their passing skills, as well as hand-eye coordination, communication and conditioning. Passing drills in general get players mentally focused, and this one gets them moving as well.

Eight players start on the court for this basketball practice warm up drill. Each player stands partnered with the teammate directly across or diagonally across from them in the half court. The two balls start with the center players and those players pass to their right. Immediately after a player passes, they cut across the court and exchange places with their partner. 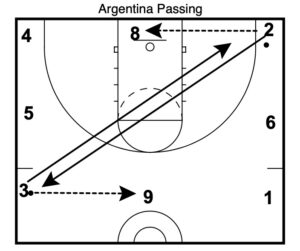 This drill rises above a normal passing drill because the players are sprinting through once they’ve made their pass. Players must concentrate on the catch, using a reverse pivot to open their hips on the catch.

Passes exclusively run to one side, meaning the players are always either passing to the right or the left. Coaches can focus on specific pass types. Coaches can also reverse the drill after a set amount of time.

Players work on passing, foot work, communication and conditioning through the drill.

Star Passing is common one in many gyms, but this version of the drill incorporates the necessary element of finishing with a made basket. This doubles well not only as a basketball practice warm up drill, but also as a game warm up. 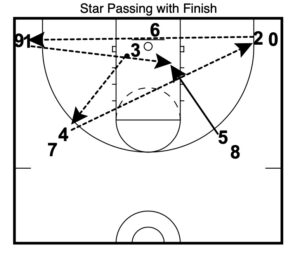 The drill begins with players arrayed in a star across the half court. The ball starts with the line under the basket. There are lines in the corners, as well as on the wings.

The final move in this initial turn through the drill involves the left corner feeding the player that cuts from the right wing. That player receives the pass and finishes the turn with a layup.

Variations of the drill can incorporate a number of additional basketball elements. Coaches can require that the ball never hits the floor. They can reverse the flow of the drill to work on left-hand layups. Coaches can have a defender waiting at the rim to challenge the finisher. The list goes on an on.