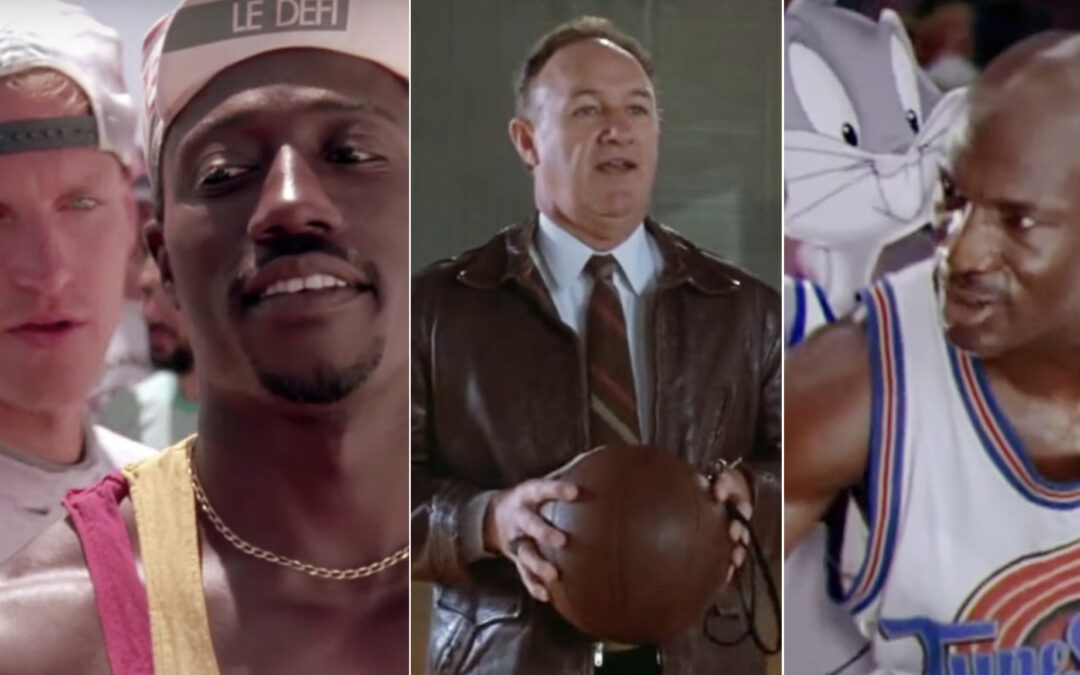 This might be a stretch, as far as basketball scenes, but I have fond memories of watching this my senior year in high school.  “A struggling high school student with problems discovers that his family has an unusual pedigree when he finds himself turning into a werewolf.”

The revolution of the Air Jordan brand helped this movie become a cult classic. “A 14-year-old orphan becomes an NBA superstar after trying on a pair of sneakers with the faded initials “M.J.” inside.”

I could not put Anchorman on this list so Semi-Pro had to do. “Jackie Moon, the owner-coach-player of the American Basketball Association’s Flint Michigan Tropics, rallies his teammates to make their NBA dreams come true.”

A cult classic that everyone should watch at least once, not to mention it has a young Julius Irving! “The Pittsburgh basketball team is hopeless. Maybe with the aid of an astrologer, and some new astrologically compatible players, they can become winners.”

A movie that is referenced a lot in mainstream media.  “Two basketball hustlers join forces to double their chances.”

A great movie showing the pressure of family and basketball in today’s society. “A basketball player’s father must try to convince him to go to a college so he can get a shorter sentence.”

Another favorite movie from my childhood.  “David Greene is a New York basketball enthusiast, who wants to coach. He is then offered the coaching job at a small Nevada college. He brings along some players, who are a bit odd.”

A historic story that changed our game forever. “In 1966, Texas Western coach Don Haskins led the first all-black starting line-up for a college basketball team to the NCAA national championship.”

The only documentary on the list and one of my all-time favorites. “A film following the lives of two inner-city Chicago boys who struggle to become college basketball players on the road to going professional.”

A story of a coach who puts the game in perspective.  “Controversy surrounds high school basketball coach Ken Carter after he benches his entire team for breaking their academic contract with him.”

I love this movie and thought it was a great twist of live action from Michael Jordan, one of my favorite players, and cartoons. “Michael Jordan agrees to help the Looney Toons play a basketball game vs. alien slavers to determine their freedom.”

This movie gives every high school player a dream of winning it big.  I remember the day I watched this movie for the first time as a freshman in college.  I wanted to live that dream and did it with 3 state titles!  “A coach with a checkered past and a local drunk train a small town high school basketball team to become a top contender for the championship.”