What Everyone Gets Wrong About The Princeton Offense 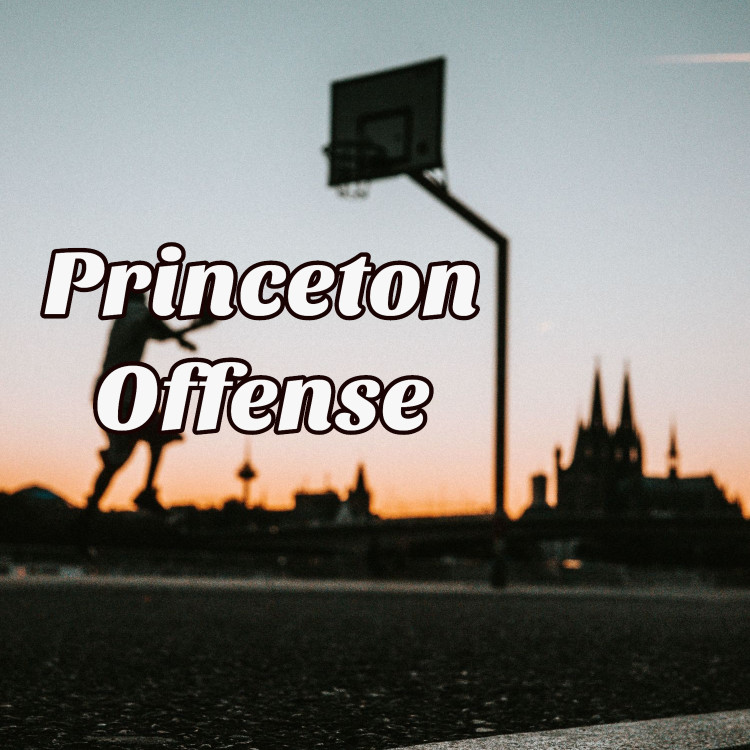 When I was in college I would get through some of the most tedious lectures by drawing out basketball plays within my notes. And that evolved into designing offensive sets that would seamlessly flow from one right into another. At the time I didn’t have a big picture in mind but I was being creative and I was trying to solve a problem.

Little did I know the problem was already being solved. And the journey through the rabbit hole began.

Concerns About The Princeton Offense

The Princeton Offense is more often than not a polarizing topic for offensive basketball discussion. Coaches seem to either love it or they will say, “you’ll never catch me running that offense!”

There are three main reasons coaches will not entertain running Princeton and these are the actual words they say to me:

1) The Offense is too much. It is too hard to learn. It’s a slow down offense… and even if I wanted to run it, I don’t even know where to start.

2) The Offense is too complicated, too hard to break down, and takes too much time to install in practice.

3) I just don’t have smart enough or skilled enough players to run it. And my best players won’t buy in. It will bog them down.

And on the surface… these concerns ARE valid.

1) Yes the offense can be overwhelming and yes most teams run it as a slow down offense. But did you ask “why” those teams slow the game down? For example: Princeton University vs any Tournament Program. Northwestern vs The Big Ten. The Air Force Academy vs The Mountain West.

The teams we typically see run the offense slow it down because of who the can recruit and more importantly who they compete with. Have you seen Chris Mooney’s Richmond teams play lately?

2) Sure Princeton looks like an extremely complicated offense. It has many moving parts and an unorthodox philosophy. But have you actually seen a good coach break it down “correctly” in a practice situation?

One thing I have done is I’ve completely abandoned the “Whole-Part-Whole” philosophy of teaching. Sure that is a little controversial. But what I’ve learned is teaching (especially Princeton) in a progression based manner which I am calling The Progression Method, is much more efficient at getting reps and covering every scoring action and counter action. And it is simple because it addresses them step by step.

3) Having less than skilled or instinctual players is something we all battle with. But I am going to repeat some of the best advice i’ve ever received as a coach, “So you’re players aren’t good… Well, Coach Em Coach!”

The Princeton Offense will actually do MORE for your role players because it has the ability to “manufacture” shots that they cannot create on their own. So the advantage of running an offense like that versus one where you hide your role players is this. Now the defense has to stay honest and they cannot as easily target your best player with double teams and stopper defensive philosophies. I actually argue Princeton can actually “FREE” up your best player(s) rather than coup them up.

The Princeton Offense is designed to take the tension out of the game and to help even the playing field especially for the underdogs. And it might be the championship game but eventually we will all be the underdog. How will you compete to win that game?

And when you do have players, alright who wants to lace them up now!!!

If you want to learn more about The Princeton Offense go to www.teachhoopsprinceton.com for a free training. Coach John Wheeler has 20 years experience with The Princeton Offense in both girls and boys programs and has a unique ability to simplify what is complicated and emphasizes the details of the game that elevates a players’ ability to execute under pressure.

Related: How to Break the Princeton Offense Down

Ep: 705 How to Breakdown and Teach the Princeton Offense