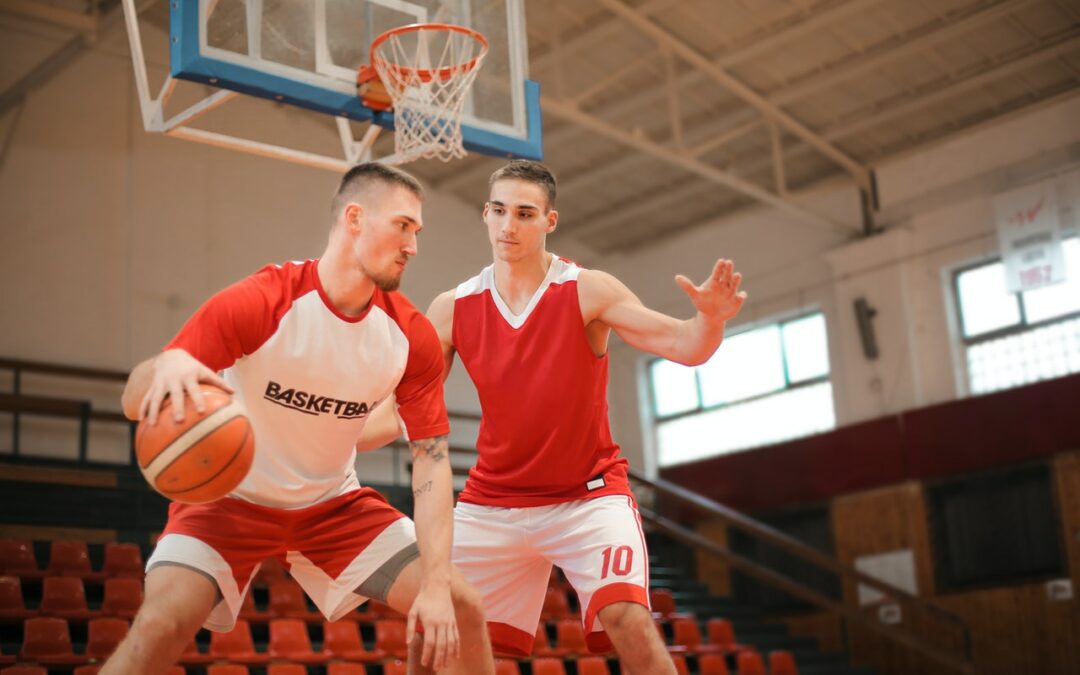 During the offseason, coaches often work on more efficient ways to use their practice time. One of the top approaches in this regard remains combining skills within certain drills. Layering concepts within specific exercises helps speed the process along for some players. One good examples of this is defensive drills designed to improve help side positioning and rotation.

If your players cannot closeout effectively on defense, your Help Defense scheme won’t really matter. Poor closeouts can destroy any defense. When developing your defensive drills, keep in mind how they want their team to improve over the course of the season. That improvement gets jumpstarted in practice with targeted exercises. Coaches often have a set of their favorite basketball practice drills aimed to do just that.

Here’s a look at three great defensive drills to improve the help and rotation for your defense next season.

For most basketball offenses, putting the defense at a disadvantage is often the aim. These situations require a scramble mentality from the defensive players in order to recover. This manifests on the court in rotations and notably in transition to matchup. The overload scramble stands as one of the most effective defensive drills to teach just that.

Overload scramble forces your defensive players to communicate and rotate throughout the drill. The setup involves a 4-on-3 advantage for the offense, meaning someone will always be open. But defenders can keep things under control with good positioning and effort throughout the rep.

The ball starts on the wing, and the defenders leave the backside offensive player open. Defender 2 should shade toward the ball to negate a drive, while Defender 3 should sag back in more of a help-side position. As the ball is passed, defenders have to leave their player, scramble to cover the ball or be in a good help position. The ball can be skipped and players are allowed to dribble penetrate in their areas (but are mostly stationary early on as you learn rotation).

Points of emphasis for this drill include: Effective Close Outs and Effort. Your defenders should be going all out on closeouts, but stopping short to prevent dribble drives. Defenders should also put forth maximum effort. Make sure they are sprinting to areas. This drill can also be done as a 5 on 4 type of drill.

The next one of the great defensive drills is called No Paint Penetration. This exercise aims to eliminate dribble drives into the lane. The mentality for the defense focuses on protecting the painted area and not letting the ball handler enter this space. Defenses that allow too much dribble penetration find themselves collapsing then rushing for closeouts.

The No Paint Penetration drill also allows defenders to practice proper defensive habits and rotations. This drill’s setup features four offensive players on the wing and four defensive players. The coach starts with the ball as the defenders matchup along the perimeter. Coach starts drill with a pass from the top. The object of the game is to keep the ball from penetrating into the lane.

With each pass, defenders should slide into either on-ball or help-side position. The offensive players should look to drive after the catch, and kick to another teammate if covered up. Offense gets a point if they penetrate into the lane, while defense gets a point for each turnover. The first side to three points win the set.

Points of emphasis for this drill include: Effective Close Outs, Effort, and Avoiding Excessive Fouls.Your defenders should be going all out on closeouts, but stopping short to prevent dribble drives. Defenders should also put forth maximum effort. Make sure they are sprinting to areas. 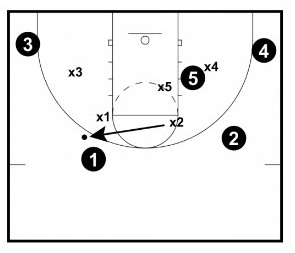 The last of these defensive drills is called the Whistle Change. This drill incorporates the scramble mentality, but emphasizes communication above all. Often, the scramble matchup happens in transition, however, here it’s done in a half-court set.

The drill begins with a simple five-on-five setup where the offense tries to score on a possession. Defense should work in a man-to-man scheme, focusing on help-side positioning throughout.

When the coach blows the whistle, the offense puts the ball down and switches to defense. The defense quickly switches to offense. But here’s the twist, the players are not allowed to matchup with the one they were previously guarding/facing.

Someone on defense (anyone but the on-ball defender at the time), rushes to pick up the ball. The other defenders move to offensive roles, while the previous offensive players become defenders. However, the new defenders can’t matchup with the person who was previously guarding them.

Points of emphasis for this drill include: Communication and Stopping Penetration. Players must communicate in this drill. If they don’t, they will fail. Forcing players to talk and think on their feet as they scramble is making practice harder than what they will likely face in a game situation.Even though players are matching up in the drill, they must be aware of the ball handler. The ultimate goal is to stop the offense from scoring, so help defense must be alert and stop the ball when necessary. 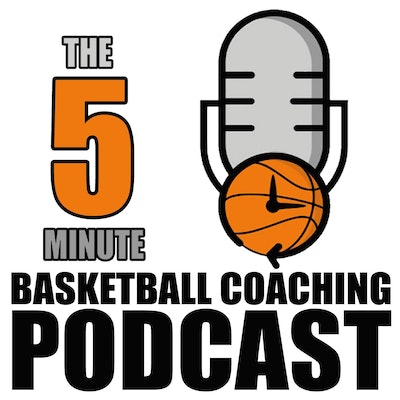