Basketball Shooting Drill For Any Level 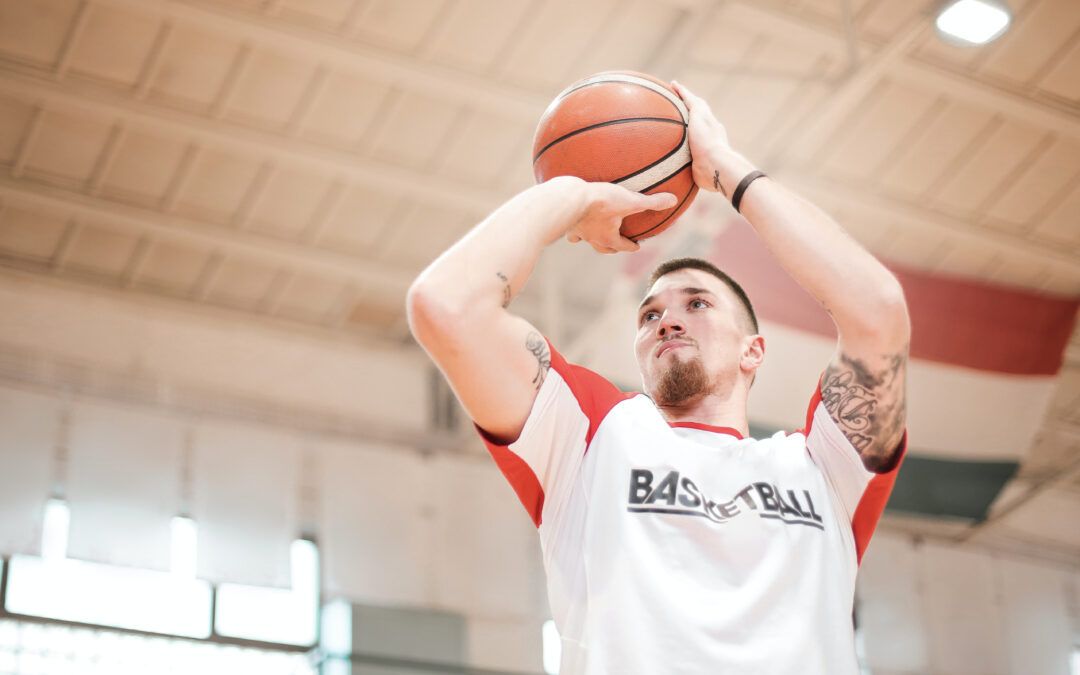 Developing the right basketball shooting drill remains one of the key elements for any successful coach. Considering the sometimes wild variation of skill level within a team, it’s important that these exercises can maximize any player’s potential. Coaches sift through hundreds of options and seemingly countless variations, hoping to find something that works for their team.

Coaches know that not every player can do everything on the floor. Players have their strengths and weaknesses. And it’s the task of a good developmental coach to find the right drills to improve upon those weaknesses while growing those strengths.

Basketball Shooting Drill: Around the Horn 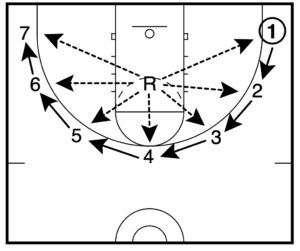 Around the Horn is a useful basketball shooting drill for players at any level. This drill also provides coaches with the ability to set up individual workouts as well as integrate team elements.

Players might recognize a version of this drill as the old playground game “around the world.”

This drill emphasizes repetition. The shooter progresses through seven spots, arrayed around the perimeter of the floor.

Depending upon the skill level of the shooter, this drill could being near the key, in the midrange, or beyond the three-point arc.

As an individual exercise, this drill involves the shooter taking their shot, then tracking down the rebound. This drill can be adapted to include a rebounder and a passer. Those additional players would also find value in this drill, considering they get to work on other skills as well.

To implement this drill well, the shooter must maintain the proper shooting form throughout. Getting their feet set and hands ready to receive the pass also stand as important elements to this drill.

Adding the timing element allow for the player to focus and provide max effort through the progression. This could also become a competitive practice game. 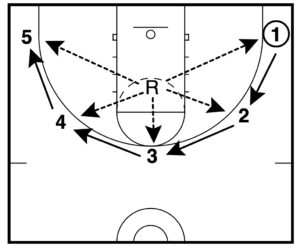 Another valuable basketball shooting drill is the M-Drill. In this sequence, a shooter navigates a timed progression of shots while a teammate rebounds and feeds the ball.

The shooter moves through five perimeter spots on the floor, taking a shot from each one. The shooter can’t move on to the next spot until they’ve made a shot at each stop.

This drill adds an element of urgency through the one-minute time limit. Shooters must progress quickly and efficiently, concentrating on their form, foot work and movement.

The M-Drill is designed to be a multi-round set. The goal for each shooter is to make it to the next round. Round one involves the shooter making one shot from each spot. Round two increases the number to two makes from each spot. The subsequent rounds also increase in makes, but the time never does.

The goal for each shooter is to remain focused and disciplined despite the time crunch. This drill can help in developing end-of-game situations as well.