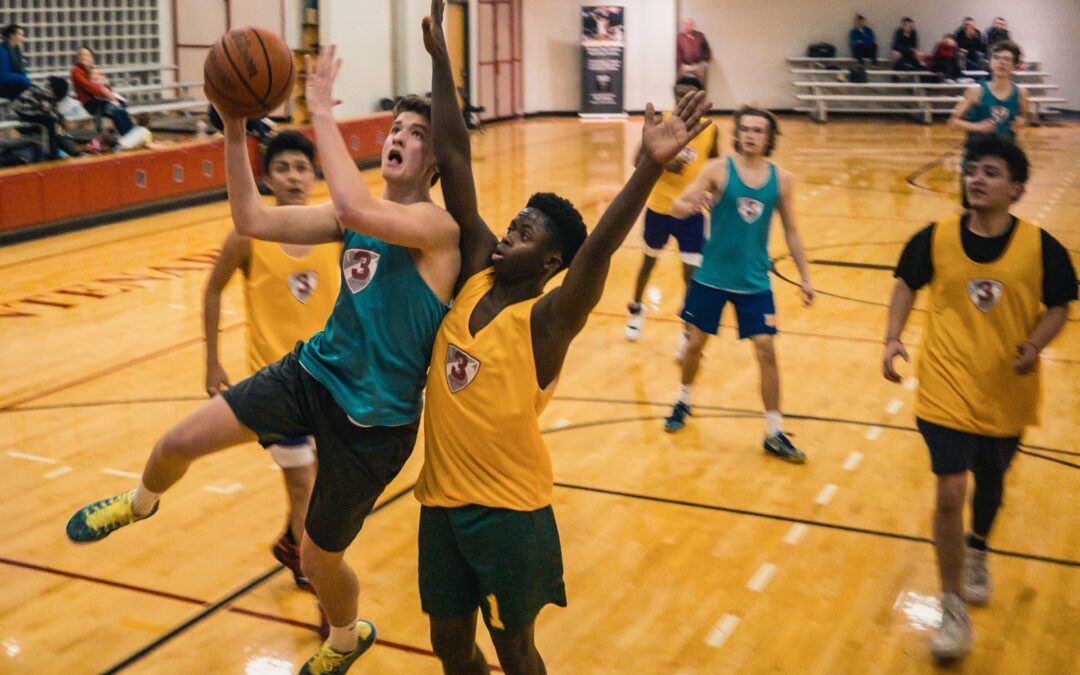 The Box Set offense in basketball stands out as a popular offense because it is purposefully designed to get easy buckets. This offense requires precise movement and timing, but when properly executed, the box set leads to scoring opportunities. These sets incorporate both on-ball and off-ball screens, and can be deployed against both man-to-man and zone defenses. This box set uses a UCLA cut for a quick-hitting first action.

Unlike the Box Set Isolation play, this set uses multiple actions to create good shots. This set, like the others in the Box Set Series, begins with the same alignment. This helps prevent opposing defenses from immediately recognizing the play. Having the same set up also makes scouting your team more difficult.

This box set is designed purposefully as a quick-hitter with the initial UCLA cut. If the opposing defense covers up that cut, the second action of this play creates a pick-and-roll opportunity on the strong side. It also adds a weak side stagger screen to a potential jump shot. This play is great if you want to isolate a post defender on a ball screen and/or if you have a player that is great coming off a ball screen. This play is very effective because it keeps both sides of the floor busy to really allow that ball screen to get as open of a look as possible, either on the drive or roll.

This set starts with the same alignment as the Box Set Three-Pointer play, with your team’s two big men occupying the elbows. Your wing players, 2 and 3, start on the low blocks.

The play begins with both Player 2 and Player 3 popping to the wings. The point guard passes to the open wing. Depending upon the defensive coverage, Player 1 can pass to either wing. Another variation to this play could have Players 2 and 3 cut to the opposite wings from the low blocks.

The Box Set UCLA cut comes following the first pass. If Player 1 passes to Player 2, he cuts off an elbow screen from Player 4. 2 immediately looks at the cutter for this quick-hitter opportunity. 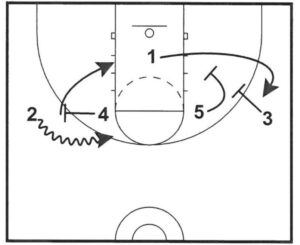 If the defense covers this box set’s UCLA cut, then Player immediately moves into a ball screen on the wing for Player 2. As that’s happening on one side, Player 1 uses stagger screens on the opposite wing as well.

Player 2 can attack the lane, hit Player 4 on the roll, or look to kick the Player 1 on the weak side wing. Another layer for this could see either 3 or 5 slip the screen and cut.

This play works in either direction. All the box set offense plays can easily be flipped to either side of the court and with them all starting out of the same base look. It makes scouting your set plays that much harder.